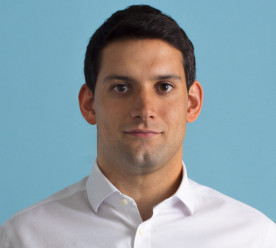 Posted in: Community, Speaking Out

Impacting society through sports: considering the opportunities and challenges

Sports teams occupy a unique position in society, and can leverage their influence for social good, writes Jayesh Shah.

Few events captivate individuals’, cities’ and on occasion the world’s attention in the same way that sport does. Already this year we’ve seen the Golden State Warriors win the most basketball games ever in a regular NBA season and Leicester City defy 5000-1 odds to win England’s Premier League. And for sports fans such as myself, the countdown has now begun to football’s European Championship in France this summer, and the Rio Olympics shortly after.

This wide-reaching exposure is just one reason why sports teams and organisations are uniquely positioned to positively impact society. Generating economic activity on game days, delivering positive messaging through sponsorship and effective environmental management are just some of sport’s potential impacts. The ability to engage people goes far beyond professional teams themselves, as governments, the private sector and NGOs all use sport as a mechanism for driving social benefit.

In this blog I focus on the benefits of community programmes related to sport, and draw on research Corporate Citizenship has undertaken on sustainability in professional football teams in the UK.

The advantage of sport is that its lure enables organisations to reach and engage new, often difficult to reach, audiences with community programmes designed to achieve social change.

An example is Street League, a charity that supports unemployed young people from disadvantaged areas across the UK to build employability skills through a football-based academy programme. Supported by companies such as Barclays and Bank of America Merrill Lynch, young people join an intensive 10-week academy programme combining time in the classroom with time on the pitch. So far, it has proven to be a very effective approach to engaging disillusioned groups in society, with around 40% of the 2014 cohort of young people progressing into employment, education or training.

The trend amongst professional sports teams is to establish charitable foundations and provide them with access to funding and resources, including players. Corporate Citizenship’s research found that in England only two of the top 92 clubs across the professional football leagues deliver programmes directly rather than through a foundation. Whilst this does raise questions as to the varying levels of strategic interest sports teams have in their community outreach, the foundations themselves are benefiting greatly from the team’s brand and identity.

Everton in the Community in the UK city of Liverpool, for example, is a foundation using its profile to tackle issues as wide ranging as dementia and depression among local residents.

Public profile brings with it a perceived sense of responsibility in the eyes of critics that, if betrayed, can break supporters’ allegiances and affect a sports team’s bottom line. A case that made the headlines in the UK last year relates to politicians questioning whether football teams, rather than city authorities, should bear the cost of match day policing.  A more complex example is currently underway between Tottenham Hotspur Football Club, who want to redevelop and grow their stadium, and local politicians, who are questioning the club’s contribution to local affordable housing.

Demonstrating a sports team’s impact through community initiatives is one, relatively simple and effective, means of strengthening an organisation’s legitimacy and ensuring that it is considered a positive force in society.

Exposure to sports through TV rights, the internet and social media continues to grow across the world, and so does the money involved. 2016 has already been a bad year for the image of several sporting disciplines, with gender pay disputes in tennis, wide-spread doping in athletics and the continued reputational demise of football’s governing body FIFA.

What is clear is that through the mechanism of sport, teams and other organisations have an exciting opportunity to deliver real benefit to society. However, teams must be equally wary of the criticism their high profile invites. Their position in society will, and has, come into question.