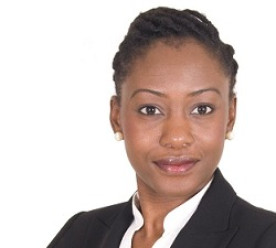 How to get your Modern Slavery Act together

The UK’s Modern Slavery Act is increasing scrutiny of companies around the world. But firms don’t need to respond out of fear, writes Nana Guar.

It has been about a year since the UK Modern Slavery Act 2015 became law, requiring all commercial organisations with turnover greater than £36 million, and with a presence in the UK, to publish an annual statement on slavery and human trafficking on their websites. The statement must either describe steps taken to ensure that slavery and human trafficking are not taking place in their businesses and supply chains, or state that no steps have been taken.

The good news is that a number of companies, both UK-based and multinational, have gotten a head start on publishing their statement before the statutory duty kicks in for companies with financial years ending on or after 31st March 2016. However, early indications suggest that companies may initially struggle to meet stakeholder expectations of transparency and rigour in due diligence. It’s still early days, but it’s important to note that the public nature of this Act – with companies not just being asked to report to government but to EVERYBODY – means that scrutiny will be that much more intense. The court of public opinion is notoriously swift and unforgiving.

The key takeaway is that companies don’t need to respond out of fear. This is an opportunity to not only tackle a very real risk, but to also build resilience in supply chains, which is ultimately good for business.

Audits are not enough

Analysis by Ergon Associates of nearly 240 modern slavery statements released so far found that “while companies are comfortable to state their policies and describe existing audit processes, they are being tentative in revealing much about non-audit based due diligence processes and also the actual risks of modern slavery that might exist in their own businesses or supply chains.”

Audits have been the go-to monitoring mechanisms for supply chain issues for almost two decades, according to Ergon, so it’s not surprising that they are the monitoring method of choice for modern slavery. However, addressing modern slavery risks should not just be a tick-box exercise, for several reasons:

Audits alone are not going to be sufficient as an approach to monitoring and mitigating modern slavery risks. Below are a few practical steps which companies can take to enhance due diligence around modern slavery.

How to get your modern slavery act together

As with any other form of responsible business communications, companies’ Modern Slavery Act statements will need to be backed up by genuine action and transparency. And while on the surface they introduce another potential exposure to the business, they provide an opportunity for companies to enhance their risk registers, improve risk mitigation, and build resilience into their supply chains.

Nana Guar is a Senior Consultant at Corporate Citizenship.