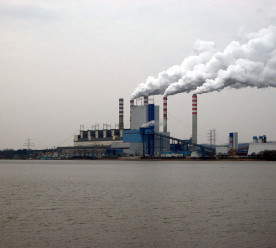 Boardroom executives of at least five major companies are braced for rows over pay and succession planning when they hold their annual general meetings (AGM), at a time of renewed shareholder focus on directors’ pay. More than 25 companies have their AGMs scheduled for Thursday, although before they begin the focus is on FTSE 100 companies – such as Shire Pharmaceuticals, building materials business CRH, Barclays and fund manager Schroders – and FTSE 250 engineer Weir. The votes on pay at Shire Pharmaceuticals, CRH and Weir are expected to be close, especially at Shire – where the chief executive, Flemming Ørnskov, is receiving a 25 percent rise in his salary to $1.7 million. This year’s AGM season has already broken records, with two FTSE 100 companies – BP and Smith & Nephew – both receiving no votes over pay. Other companies holding their AGMs on Thursday include housebuilder Taylor Wimpey and Tullow Oil, where fund manager Hermes also urged a vote against its pay awards that it said were out of step with the 80 percent fall in the oil company’s share price over the last three years. (Guardian)

Carbon markets were created to make polluters pay, encouraging investment in carbon-cutting kit. However, according to a new report by Carbon Market Watch, an initiative of several international NGOs which provides an independent perspective on individual CDM projects, a provision in the EU’s flagship emissions trading scheme means it is achieving the opposite through subsidising coal. Poland, Romania and Czechia are identified as the biggest beneficiaries of free permits worth an estimated €12 billion between 2013 and19. This provision allows lower-income Member States from Central and Eastern Europe to give allowances for free to electricity installations under the condition that they invest at least the equivalent monetary value of the free allowances in the modernisation and diversification of their energy systems. In 2013, 90 percent of the money went to upgrade existing fossil fuel infrastructure, the opposite to bringing in new, clean sources. This included investment in Europe’s most polluting plant, the lignite-fired Belchatow in Poland. “To turn carbon trading into a tool that helps end our addiction to fossil fuel, especially coal, polluter handouts must end,” said coal policy expert Joanna Flisowska. (Climate Home; Carbon Market Watch)

Risky deep-water drilling for oil in the Great Australian Bight is being assessed under a weak and secretive regulatory regime, the Australian Senate has heard. The project was also described as having a much smaller economic benefit than the industry had suggested. BP is seeking approval to drill for oil in the bight after its initial application was rejected last year. The bight is a haven for whales, sea lions and other marine life and supports a large fishing industry. The Senate inquiry was told the assessment of BP’s application to drill in the bight lacked transparency and was subject to weaker environmental requirements since the federal government devolved its approval process to an agency that dealt specifically with offshore oil and gas applications. BP stated the jobs and tax revenue the project might bring is difficult to estimate, but added that offshore oil and gas projects in the Bass Strait “sustained tens of thousands of jobs as well as billions of dollars in tax revenue”. According to estimations by Rod Campbell, an economist from the Australia Institute, a project in the bight could employ between 1,000 and 1,500 people. (Guardian)

In the latest bid to tackle ocean pollution, a Dutch clothing brand G-Star RAW has joined forces with Plastic Soup Foundation (PSF), a plastic campaign organisation, to raise awareness among the fashion and textile industries of the damage that plastic microfibers are doing to the marine habitats. According to PSF, every time a synthetic item of clothing is put in the wash, it sheds small plastic fibres that find their way in to the world’s rivers and oceans, which threatens ocean wildlife and the safety of our food chains. G-Star RAW and PSF are urging fashion companies, washing machine manufacturers, and other members of the textile industry to back the Ocean Clean Wash campaign, an EU-funded initiative from Mermaids to develop new solutions to prevent the release of plastic microfibers into the oceans. Potential solutions include designing washing machines to capture the synthetic fibres, or using alternative materials that do not release microplastic fibres when washed. (Business Green)

Solar farms can significantly improve local biodiversity, delivering benefits to wildlife and potentially even surrounding crops, according to a new industry-backed survey. The study, published by ecological consultants Clarkson & Woods and Wychwood Biodiversity and commissioned by a number of clean energy firms, found solar farms can have a positive impact on biodiversity for a range of plant and animal species when wildlife-focused management is used on site. It found botanical diversity was greater in solar farms than on the equivalent agricultural land, which it said is likely due to the sowing of grassland and meadow mixes, and less intensive land management. “Solar farms are unique in the farmed landscape in that they provide a high value crop (solar power) while leaving the majority of the land area free for wildlife management,” the research concluded. “It confirms that solar farms, when done properly, are an asset to our countryside and our natural environment,” said Leonie Greene, a spokeswoman for the Solar Trade Association. (Business Green)