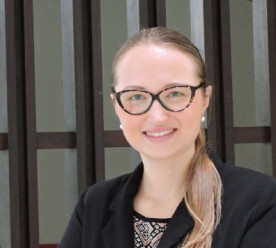 Posted in: Governance, Speaking Out, Strategy

Sustainable Business Models: changing the rules of the game

Natalia Rajewska argues that siloed CSR initiatives are no longer enough – companies of the future will have sustainability at their core.

In the face of unresolved and intractable social, economic and environmental challenges, people become more receptive to criticism of current political and economic systems. The imminent collapse of capitalism may be unlikely, but we are unquestionably experiencing a rise in public awareness with regards to our irresponsibility and unsustainability.

The search for new, collective answers was in particular clear in the last six months with the adoption of the Sustainable Development Goals and the Paris climate agreement. These are not only historical achievements, but proof that the international community is uniting. The role of business was in particular significant at COP21, while leading companies and new partnerships such as the Business and Sustainable Development Commission are unquestionably taking a leadership role in implementing the SDGs.

But businesses themselves are also changing. As some believe, we are currently caught between an outdated economic system and a new one, which is trying to break through the seams.

The business sector is slowly and gradually reshaping itself. Corporate pioneers, social enterprises, co-operatives, inclusive businesses and new-thinkers are driving economic, business and societal transitions, becoming a crucial catalyst to economic transition. Though it is still firmly outside of the mainstream, this alternative movement continues to rapidly grow. The 2015 SE100 Index, which tracks the performance of the UK’s social enterprises, shows that these have outperformed their private competitors, with an average growth of 77% over the past three years. The top 100 fastest growers achieved an even more impressive 824% growth. Meanwhile, analysis by McKinsey found that contrary to popular belief, cooperatives and mutuals grow at similar rates as publicly traded companies.

Slower than some may wish, but dynamically and systemically, a paradigm shift is in progress. Some call this the New, Purpose or Blue Economy; the Age of Disruption or Age of Responsibility; Compassionate Capitalism and even Post-Capitalism, to name a few. The shift will be driven by sustainable business models, which deliver both purpose and profit and demonstrate real leadership in sustainability. They have the ability to transform industries and act as catalysts to a larger systems change.

What makes a business model sustainable?

Before diving into sustainable business models, it is important to define what a business model is. The most widely accepted definition comes from the business model guru Alexander Osterwalder, who defines business models as the “fundamental structures for how companies create, deliver and capture value.” Bearing this in mind, sustainable business models shift sustainability to the very core of an organisation, influencing internal decisions rather than external perception. Businesses applying such models think in values and measure the right things, through, for example, filling in the ‘missing prices’ by accounting for natural and social capital in their balance sheets.

The models also require different relationships and new ways of thinking about customers, suppliers, operations and waste. Thriving on disruptive innovation and proposing human-centred solutions, sustainable business models reinforce a sense of community. Such models also include cooperative collaboration, drastic transparency, solidarity (e.g. in the supply chain and marketing or among stakeholders), long-term commitment to goals and innovative utilisation of technology. Think of B Corps, which put stakeholders on an equal footing with shareholders, committing the business to taking social and environmental interests into account when making decisions.

In such models, access often outweighs ownership, as in the case of the sharing economy, where digital platforms connect demand with spare capacity. The outcome is a shift from withdrawing value from the society and ecosystem to adding value, consequently achieving a healthier and more social ecosystem.

Who is already doing it?

The term “sustainable business models” can sound as abstract as “New Economy”. But plentiful intriguing examples are emerging virtually every day, making it viable to begin drawing patterns. These include:

Who is not getting it?

Needless to say, not all business models portrayed as sustainable add value to society. Some may be little more than a marketing gimmick. For example, TOMS Shoes, often listed as a game-changer for its one-for-one business model, successfully leaves its consumers with a comforting feeling that their purchase has made a positive contribution to those in need. The model, however, has been criticised by international development specialists, as the charitable gifts can undermine local economies, and do not address the structural causes of poverty. Nonetheless, TOMS has become a movement, and the company deserves credit for trying out different models as a means to deliver impact.

Reasons for companies to embrace sustainable business models are various. Firstly, millennials in their role as consumers, entrepreneurs, employees and voters are restless for positive change and many have already exchanged sexy and fake-green for sustainable and responsible. Secondly, business models have a way of wearing out. Radical innovation and ever-changing market conditions mean that old models can quickly become obsolete.

Corporate leaders have the responsibility (not to mention, the capability) to lead the paradigm shift towards a more resilient economy. If companies design more creative, audacious and sustainable business models, they can truly revolutionise the conventional system creating new rules of the game. Only then could this movement break through and become the new mainstream.