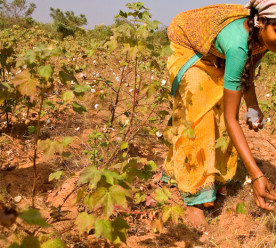 The ‘Coalition for Higher Ambition‘, a group of businesses, investors, cities, civil society groups, and trade unions, has urged the European Union to deliver a new strategy in line with the goals set out in the historic Paris Agreement. The intervention comes in the wake of reports that the European Commission is privately warning that the bloc’s emissions trading scheme is on track to result in emissions two billion tonnes higher than the EU committed to under the Paris Agreement. The new Coalition has released a statement urging the EU to demonstrate the bloc is ready to implement clear policies to keep temperatures well below 2°C. The signatories to the new statement, who include BT, Unilever, WWF and Greenpeace, demand the EU to develop an “innovative European market” to produce good quality jobs, sustainable growth, improved competitiveness and better public health, while also ensuring a just transition for the workforce. (BusinessGreen)

The Ethisphere Institute has announced the 131 companies spanning 21 countries who have been named to the 2016 World’s Most Ethical Companies list. The list, which is not ranked, includes honourees such as L’Oréal, Schneider Electric, Henkel, TATA Steel, Ricoh Company, Singtel and Starbucks. Now in its tenth year, the list includes 14 ten-time honourees and 13 first-time honourees. Through its assessment, Ethisphere aims to set standards that correlate business integrity with performance. “Investors and financial markets are proving that companies that operate with transparency and integrity are better performing over the long term,” said Ethisphere CEO, Timothy Erblich. “We fully expect the ‘integrity premium’ to grow with import as investors, employees, customers and even regulators value companies through the lens of enhanced standards of behaviour.” (Ethisphere)

Clothing retailer Primark has announced it is scaling up a sustainable cotton scheme and is looking to recruit a further 10,000 female smallholder farmers in India onto the programme. The initiative, run in partnership with CottonConnect and the Self-Employed Women’s Association (SEWA), will be extended by a further six years. It is designed to support women from traditionally male-dominated farming communities in Gujarat, India, to introduce sustainable farming methods, improve cotton yields and increase incomes. According to Primark, the three-year pilot has already trained 1,251 female smallholders. By year two of the trial, female farmers recorded an average profit increase of 211 percent, an average yield increase of 12.6 percent, and a reduction of input costs by 5 percent. (edie)

Britain’s chief executives are overpaid, and there would be no negative impact on the economy if their salaries were slashed, according to a groundbreaking study of the country’s top headhunters. Interviews with the top ten international recruitment firms found a consensus that levels of remuneration for the most senior executives are “absurdly high”. The London School of Economics report comes as an analysis of FTSE 100 company accounts shows that the average pay package of a top CEO is now £4.6 million a year. “There is much less of a ‘global market’ than people claim. The problem here is really systemic. It’s not just the headhunters’ fault. Institutional investors, company remuneration committees, pay consultancies and CEOs themselves could all show greater restraint,” said Stefan Stern, director of the High Pay Centre. (Guardian)

Nike has suspended its relationship with Maria Sharapova after the five-time Grand Slam tennis champion admitted failing a drug test. Also, Swiss watchmaker Tag Heuer cut its ties with the tennis star. Nike said it was “saddened and surprised” at Sharapova’s admission that she tested positive for a banned substance at the Australian Open in January. Ms Sharapova said she had been taking meldonium since 2006, on the advice of her family doctor. Paul Swangaurd, from the Warsaw Sports Marketing Center at the University of Oregon, said Nike’s decision reflected a “new era” for the way sponsors deal with such issues. Nike is taking a “very proactive approach”, which resulted from “them being burned by a lot of athletes over the years, and growing impatient with putting so much investment behind athletes that potentially comes back to bite them in the court of public opinion,” he said. (BBC)