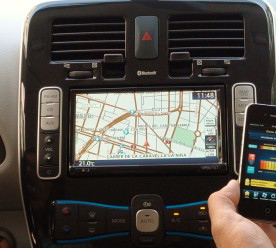 A new study finds that companies who adopt “identikit” brand values risk rendering them meaningless. According to UK brand consultancy The Clearing, some 31 FTSE 100 businesses list ‘integrity’ as a brand value, while 22 claim ‘respect’ and ‘customer-centricity’ as part of their core culture. ‘Innovation’ is a core value for 17 companies, and ‘excellence’ for 13. An analysis of 25 FTSE 100 companies shows a correlation between a lower share price performance and generic brand values. Although the small data set leaves room for interpretation, the least generic companies consistently outperformed their identikit peers over five years. Nick Liddell, director of consulting at The Clearing, said: “A unique set of values suggests that a company’s leadership has made a conscious effort to identify a clear, meaningful point of difference”. One example of a brand putting values at the heart of its operations is Starbucks’ Mission Statement, Liddell said. (Marketing Magazine)

An innovative new project that acts as an ‘invisible barcode for plastics recycling’ could streamline the way that food-based polymers are recycled after it received a two year funding guarantee from Innovate UK. Developed by a high level consortium consisting of project lead Nextek, WRAP and Evolve Polymers, the ‘Plastic Packaging Recycling using Intelligent Separation technologies for Materials’ (PRISM) project has secured £772,000 to support its bid to revolutionise the way that plastic waste is sorted, tagged and recycled . This would allow different coloured plastics and shrink-sleeves that often consist of different underlying plastics to be separated at the recycling stage. “The new technology could help boost recycling plant yields, and UK plastics recycling as a whole, with more efficient ways of sorting materials,” said packaging programme area manager Claire Shrewsbury of WRAP. (edie)

Nissan has been forced to disable an app for its Leaf electric car after it was revealed that hackers could hijack the air-conditioning and heating system and also monitor the car’s driving history. The brand issued a statement following the expose, which said: ‘No other critical driving elements of the Nissan Leaf or eNV200 are affected, and our 200,000-plus Leaf and eNV200 drivers across the world can continue to use their cars safely and with total confidence.’ The flaw was exposed by security researcher Troy Hunt, who said: “As car manufacturers rush towards joining in on the ‘internet of things’ craze, security cannot be an afterthought nor something we’re told they take seriously after realising that they didn’t take it seriously enough in the first place. Imagine getting it as wrong as Nissan has for something like Volvo’s ‘digital key’ initiative where you unlock your car with your phone.” (Guardian, This is Money)

New figures, published by the Fairtrade Foundation, show that in 2015 UK shoppers ate 88 million more Fairtrade bananas and drank 255 million more cups of Fairtrade coffee than in 2014, as buoyant sales growth across core Fairtrade-certified markets suggest consumers are continuing to gravitate towards ethical products despite a turbulent grocery market. The star performers were Fairtrade wine, which enjoyed a 17 percent increase in 2015; flowers with a 14 percent increase; and coffee with a 12 percent gain. But in 2015 the decline in the price of sugar in Europe led to a shift away from cane towards domestic, subsidised beet sugar, delivering an effective triple whammy of reducing cane farmers’ livelihoods, less help for Fairtrade farming communities and much cheaper sugar at a time of national concern over obesity. (The Guardian, Business Green)

Energy UK, which represents the UK’s big six energy providers, says it now supports phasing out coal-fired stations, after years of defending use of fossil fuels. The UK’s biggest energy lobbying group has shifted its position on green energy and will start campaigning for low-carbon alternatives for the first time, in what environmental campaigners are describing as a watershed moment. Energy UK now officially supports the government’s phasing out of coal-fired power stations, and is critical of ministers over deep and sudden cuts to wind and solar subsidies. In a new Pathways to 2030 policy document, Energy UK calls for more long-term thinking and financing. It says that details on the levy control framework of subsidy levels should be published so that investors have a clear picture up to 2025. (Guardian)