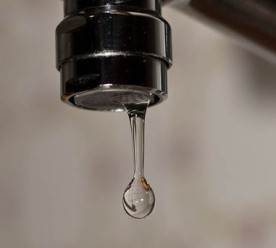 US politicians and human rights groups have called for a boycott of fish and shrimp products linked to slave labour in Thailand following a report from the Associated Press. The report found that shrimp producers in Thailand forced labourers to work 16-hour days for little or no pay. AP said it had tracked shrimp produced under these conditions through to products sold by major retailers. Thai Union – one of the world’s leading shrimp producer and one of the producers named in the scandal – admitted it was unaware of where all of its shrimp came from. The company, which owns brands including John West, said it would change its employment practices from 1 January. Thai Union said that AP’s report was a “wake-up call” to both the company and the wider industry. Last month global food giant Nestlé said it had discovered slave labour was being used in the processing of fish sourced from Thailand and set out a plan to resolve the issue. (BBC)

The White House has launched an ambitious effort to enlist the private sector in its efforts to reclaim and conserve water in the US, saying it’s critical for the country to better manage water supplies that are under increasing pressures from climate change. “Water is a huge challenge in this country, and I think we all know that,” Interior Secretary Sally Jewell said at a meeting at the White House. Water levels have declined in 64 percent of the wells included in the government database during the past two decades.  The new government strategy, known as the “moonshot for water”, focuses on encouraging technological advances and private-sector investment to rebuild water projects like reservoirs, boosting data collection, supporting water-sharing agreements and finding new technologies to recycle and conserve water. Jewell announced the creation of a new Natural Resource Investment Center to help coordinate research and investment She also announced a Water Summit to be held at the White House on March 22, which is World Water Day. (USA Today)

Last month, the Indonesian Finance Ministry announced plans to impose new taxes on sugar-sweetened beverages –including carbonated drinks and energy drinks – to curb excessive consumption of sugar. Now, makers of sugary beverages have called on the government to drop the planned tax, claiming it will hurt their revenue and lead to layoffs. “Essentially we are against the plan,” Triyono Prijosoesilo, chairman of the Soft Drinks Industry Association said in Jakarta. “Sweetened beverages should not even be [subjected to excise duty] as consumption remains very low”. He said the proposed tax would lead to layoffs affecting up to 120,000 people. “Technically there is no valid scientific proof that obesity and other non-contagious illnesses are caused by sugar alone,” said Adhi Lukman, chairman of the Indonesian Food and Beverage Association. Adhi said the excise would discourage investment in Indonesia and steer the money into countries like Singapore or Malaysia. (Jakarta Globe)

The social media campaign promoting the US Environmental Protection Agency’s (EPA) clean water rules violated the laws prohibiting federal agencies to engage in propaganda or lobbying, US government auditors said in a ruling with far-reaching implications for government communications. Finalised this year, the “Waters of the United States” rules asserted federal authority over small waterways. In face of the opposition from farmers, business groups and Republican lawmakers, the EPA launched a social media blitz, using Twitter, Facebook, YouTube and a new platform called Thunderclap, to mobilize public support. In doing so, the EPA broke the rules about grassroots lobbying and propaganda. “EPA’s use of Thunderclap constituted covert propaganda” wrote the Government Accountability Office (GAO) auditors, adding that the agency’s use of hyperlinks pointing to environmentalist groups also violated the grassroots lobbying ban.  (RT)

The UK’s Nationwide Building Society is preparing to sign a 43MW power-purchase agreement that will mean up to three-quarters of its energy supply will come from renewables. The firm is aiming to have the agreement “signed and sealed” by March 2016, Nationwide’s director of branch and property transformation Jenny Groves said. The agreement will mean that by 2020 “at least” 50 per cent of the firm’s energy will come from renewable sources. The deal will provide power for a large proportion of Nationwide’s offices, high street branches and energy-hungry data centres (which represents a third of its overall energy consumption). Nationwide is the latest in a wave of companies striking such agreements. Firms such as IKEA and Nestle have argued it makes business sense for companies to switch to renewable energy as it allows greater control over long-term energy costs – a benefit also noted by Groves. (Business Green)