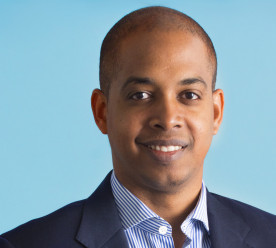 Following the agreement of the Paris climate deal and the Sustainable Development Goals, Yohan Hill asks: where next for corporate climate leadership?

As the ink dries on a new global climate change deal agreed in Paris last weekend, it’s worth reflecting on another recent global agreement on climate change – the UN Sustainable Development Goals (SDGs) – which were launched in September of this year[1].

For those not very familiar with them, the SDGs are global development goals agreed by the UN member states that set priorities for sustainable development through to 2030. What’s interesting about the SDGs, and what distinguishes them from other international agreements of this type, is that they clearly and explicitly acknowledge the role of non-state actors in ensuring successful delivery.

Indeed, the role of the non-state actors (which includes the private sector) is particularly relevant when it comes to addressing climate change, for obvious reasons. Industries such as metals, chemicals, cement, agriculture and forestry are particularly heavy direct emitters, but all companies contribute indirectly to climate change through the purchase of electricity or through their value chains (transportation, for instance).

The importance of business leadership in tackling climate change has been underscored by recent commitments by companies like Unilever, which on the eve of COP21 announced a plan to become “carbon positive” by 2030 through a series of renewable energy initiatives. Other business-related initiatives such as the RE100 programme and CDP’s Commit to Action campaign encourage similar commitments within large private sector organisations to mitigate their direct carbon impacts.

One of the really interesting things about the SDGs is the emphasis on climate change adaptation, not just mitigation. Mitigation – which speaks to efforts to reduce greenhouse gas emissions – is where the most urgent action to avoid worst consequences of climate change is needed. However, with some degree of climate change already locked in, we need clear leadership (from the private and public sectors) in adapting to climate change as well.

Adaptation is wide ranging, and includes: food security; access to water; resilient infrastructure; micro-insurance for smallholder farmers facing more frequent severe flooding/droughts; the use of more sustainable farming methods; and initiatives to replenish water resources in water-stressed areas. As part of the Paris climate deal, developed countries have agreed to “significantly increase adaptation finance from current levels” by raising $100 billion a year in climate finance for developing countries by 2020.

Companies can and are already beginning to make headway on the adaptation front, both unilaterally and through various industry groups. Such initiatives will be important in addressing some of the negative impacts of climate change, and also providing opportunities for significant positive environmental and social impacts.

The COP21 climate deal promises to limit increases in average global temperatures to “well below” 2°C above preindustrial levels, with an aspiration to keep temperatures to within 1.5oC.

So what will this new global climate accord mean for companies? We should expect to see tighter regulations to limit greenhouse gas emissions across different jurisdictions as the Paris climate accord kicks in, which in turn will lead to higher costs for carbon intensive goods and services, and/or greater incentives for businesses to invest in low-carbon solutions. This will be fragmented and uneven, so it will be down to multinational organisations to apply common approaches and standards across their operations globally, to ensure a low carbon economy is steadily and quickly realised.

Yohan Hill is an Associate Director at Corporate Citizenship and leads on environment and supply chain services.

[1] To be precise, it is SDG 13 that commits world leaders to taking radical action to address climate change and its impacts, whilst recognising that the United Nations Framework Convention on Climate Change is the primary international, intergovernmental forum for negotiating the global response to climate change.