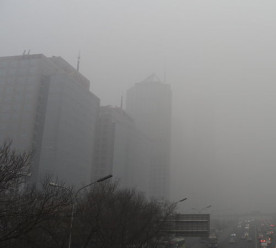 As the presidency of Argentina’s Cristina Fernández de Kirchner enters its final days, her most controversial legacy project is just about to come true in Patagonia. Here, a Chinese-financed team of engineers will soon be dynamiting hillsides and pouring millions of tonnes of concrete for two giant hydroelectric dams that will flood an area the size of Buenos Aires, the biggest inside Argentina. Although the environmental impact study for the $5.7bn scheme has yet to be announced and approved, preparatory work has already started. Environmental groups believe that instead of a giant dam, it would make more sense to develop alternative energies in a region that is famous for gusts. Conservation groups claim the project was launched without the necessary environmental impact assessment; that it violates the national park law, which prohibits developments in protected areas; and that it is contrary to the glacier protection law, which forbids any activity that threatens the nation’s ice fields. “No serious environmental study has been done,” Geraldo Bartolomé, a civil engineer, who launched an online petition arguing that the constant lifting and falling of the reservoir water level would erode the ice bridge. (The Guardian)

For the fourth day in a row, large sections of northeast China remain covered by a thick layer of smog considered hazardous to human health. Millions of people have been told to stay indoors, and most factories and schools have been shut. The authorities in the Chinese capital, Beijing, have issued their highest smog warning so far this year. The “orange level” alert declared on Sunday is the second highest possible, requiring factories to cut production. On Sunday, some pollution readings in parts of the city reached about 17 times the level considered safe by the World Health Organisation. Air pollution is a chronic health-risk for those living and working in the capital and other major Chinese cities. State media says the declaration of this orange level alert requires industrial plants to reduce or shut down production. Building sites are not allowed to transport materials or waste and heavy-duty trucks are banned from the city’s roads. Some reports suggest that visibility has fallen to a few hundred metres in some places. (BBC)

Wells Fargo & Co.and Morgan Stanley yesterday became the latest big banks to promise to cut their support for the coal industry in the name of reducing the pollution blamed for global warming. Wells Fargo, the fourth-biggest U.S. bank by assets, said it would cut back on lending to coal-mining companies. Morgan Stanley, the sixth-biggest, pledged to reduce its exposure to coal-mining across the globe and also said it would apply more scrutiny to financing coal-fired power plants, in a new policy statement. The two companies join a growing list of lenders, including Citigroup Inc., Bank of America Corp. and Goldman Sachs Group Inc., that have pledged to stop or scale back support for coal projects in recent months. The latest announcements came on the opening day of a United Nations summit in Paris where leaders from more than 150 nations are seeking a worldwide agreement to rein in climate change.  (Bloomberg)

Labour exploitation remains rampant in Qatar as the authorities fail to deliver significant reforms, Amnesty International said today before the fifth anniversary of Qatar winning the right to host the 2022 FIFA World Cup. Despite massive public exposure of the appalling conditions faced by most migrant construction workers, the Qatari authorities have done almost nothing effective to end chronic labour exploitation. Mustafa Qadri, Gulf Migrant Rights Researcher at Amnesty International, said: “Unless action is taken – and soon – then every football fan who visits Qatar in 2022 should ask themselves how they can be sure they are not benefiting from the blood, sweat and tears of migrant workers.” FIFA has done little concrete to press the hosts of its showpiece sporting event in the past five years. Most recently, FIFA failed to deliver on its promise in May to investigate the detention of British and German journalists who tried to investigate migrant workers’ working and living conditions. (Amnesty International)