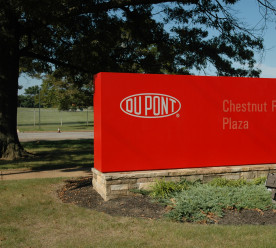 The World Bank launched a $500 million market-based scheme designed to help developing countries pay for emission reductions and combat climate change. Germany, Norway, Sweden and Switzerland have jointly pledged an initial $250 million to get the so-called Transformative Carbon Asset Facility (TCAF) up and running next year, while the bank hopes further contributions will take the eventual total to $500 million. The scheme, which will reward countries for reducing emissions by paying a fee for each tonne of CO₂ reduced, was launched in Paris a day after senior officials from almost 200 nations met in the French capital for two-week talks aimed at thrashing out a global deal to cut greenhouse gas emissions. The bank said the price per tonne paid would be set on a case-by-case basis and said the scheme would support energy efficiency, renewable energy and waste management projects, as well as schemes to cut emissions in cities and from the transport sector. For many of the developing countries involved access to finance from richer nations is a major requirement of any Paris deal. (Reuters)

The Food and Agriculture Organization (FAO) and the World Health Organization (WHO) have released a pair of updated guidelines on pesticide legislation and labelling that take into account new developments and concerns. The revised guidelines explain in detail the elements of a sound national pesticide legal framework, serving as a reference point for governments who are reviewing or updating existing pesticide legislation or drafting it from scratch. An overhauled set of Guidelines is targeted to pesticide regulatory authorities — primarily in developing countries and countries with economies in transition — who are creating or revising national pesticide labelling requirements. A critical element in protecting human health and avoiding negative environmental impacts, pesticide labels explain how to use products correctly and legally, describe potential hazards and precautionary measures, and give instructions on responding to poisonings or spills. “FAO encourages all countries to take these guidelines into consideration when reviewing their current pesticide legislation and labelling regimes, with an aim to better protect human health and the environment and to make agriculture more sustainable,” said Wang. (Eco-Business)

Dutch MPs have voted to phase out coal use in the Netherlands, calling on the government to work with the energy sector to close the country’s remaining 11 coal-fired power stations. The motion was proposed two weeks ago by the opposition D66 Party, and adopted by a small majority of the lower house late last week after members of the government’s junior coalition partner the Labour Party joined the opposition to vote in favour. D66 MP, Stientje van Veldhoven, said he hoped other nations would follow suit. “The Netherlands is giving an important signal on the eve of the UN climate summit in Paris,” he told AFP. “We’re stopping with coal power plants and I hope our prime minister will also convince other countries to take similar steps.” The motion now must go to the Dutch cabinet for discussion before the policy is adopted. The motion’s approval in Parliament comes after 64 leading Dutch academics wrote an open letter to their government urging them to shut down all the country’s coal-fired power stations by 2020. Currently around 20 percent of Dutch energy is generated using coal. (Business Green)

Norway, the EU’s most reliable external supplier of gas, is seeking assurances that the bloc will remain committed to the fuel for decades to come so that it can attract investments to build new undersea pipelines from the Arctic. Norway traditionally vies with Russia to be the EU’s top gas supplier, providing about 30 percent of import demand. But energy companies working in Norway are confronting strategic decisions about whether gas from abundant reserves in the Barents Sea, above the Arctic Circle, will be exported to Europe in pipelines, or will be liquefied and shipped further afield on tankers. “We need to know the consumers in Europe are going to be there in 2030,” Norway’s minister for petroleum, Mr Lien, said. He said that last year that there had been “some challenging and disturbing signals coming from countries in Europe, and from the EU” about the role of gas in its energy policy. Brussels is seeking to forge a unified EU energy market but investors are still receiving mixed messages about the continent’s future energy mix. (FT)*

To boost international food security, global chemical giant DuPont has announced a new set of sustainability targets for 2020, which include an investment of $10 billion in sustainable food R&D. DuPont’s commitment to sustainability and innovation also includes an introduction of 4,000 new products by the end of 2020. They have already started moving forward with this ambitious goal, and made an investment of over $1.2 billion in research and development. The company is directing its efforts on creating innovative solutions to produce more food, improve nutritional value, enhance agricultural sustainability, boost food safety and freshness, and reduce waste. The commitment to innovation also includes tracking of progress, and measuring and reporting the quantifiable safety, health and sustainability benefits from major growth innovations. DuPont’s chief sustainability officer Linda J. Fisher said that innovation and sustainability remain two of DuPont’s greatest strengths and represent significant growth opportunities for the company, while creating value for its customers, the marketplace and society. (Just Means)