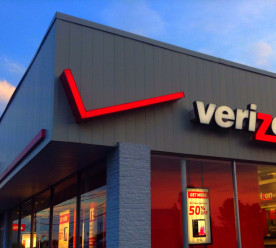 TTIP talks: EU alleged to have given ExxonMobil access to confidential papers

Documents and emails reveal ‘collusion’ between Brussels and industry over the fossil fuel push in free trade negotiations. The EU appears to have given the US oil company ExxonMobil access to confidential negotiating strategies considered too sensitive to be released to the European public during its negotiations with the US on the trade agreement TTIP, documents reveal.  Officials also asked one oil refinery association for “concrete input” on the text of an energy chapter for the negotiations, as part of the EU’s bid to write unrestricted imports of US crude oil and gas into the trade deal. The employers’ confederation BusinessEurope was even offered “contact points” with US negotiators in the State Department and Department of Energy, according to the cache of material which was released under access to documents laws. Previous leaks of TTIP documents have revealed the EU is pressing for a guarantee in the trade deal that the US will allow free export of oil and gas to Europe, alarming environmentalists who fear imports would impact on the EU’s climate change plans. Campaigners said the documents and emails showed an extraordinary and shocking relationship between the EU and industry over the fossil fuel push. (Guardian)

Consumer goods giant Unilever has announced a fresh wave of environmental commitments in a bid to ensure it becomes “carbon positive” by 2030. The company has pledged to source all energy across its operations from renewable sources by 2030, while also setting a 2020 target for ensuring all the electricity it buys from the grid comes from renewable sources. In addition, in order to achieve the 2030 “carbon positive” goal – which would see the company deliver emissions cuts in excess of its direct carbon footprint – the firm said it will directly support the generation of more renewable energy than it consumes. In the wake of a surge of bad news for the coal industry, the company has also set a new target to eliminate coal from its energy mix by 2020. “A high level of ambition is needed from Paris, which will act as a strong signal to investors. We also need to see businesses doing more to tackle climate change in their own operations and encouraging world leaders to be bold,” said Paul Polman, chief executive of Unilever, in a statement. (Business Green)

British consumers equate sustainability with environmental issues and believe the most important sustainability issues for firms to address are damage to Earth’s land and climate, according to a new survey released by business consultancy Future Thinking. The survey – which questioned more than 25,000 UK consumers – found a firm’s impact on the land and climate were rated the most important sustainability issues for companies to communicate on, ahead of other subjects such as treatment of workers, women’s rights or operational transparency. When questioned on what being a “sustainable organisation” means, the two most popular descriptions were firms that act to “minimise their impact on the environment” and firms that demonstrate a “clear plan” for acting responsibly in the long term. Claudia Strauss, managing director of FMCG and shopper at Future Thinking, said consumers have separated environmental sustainability from human welfare and charity issues. “Not only do consumers want to see more sustainable actions, they believe that a brand who demonstrates active and positive participation will be a brand they feel closer to and more likely to see as leaders in their field,” she said. (Business Green)

Verizon will introduce a television commercial on Thanksgiving, urging people to turn off their phones. The advertising campaign speaks to a broader trend among brands: telling people to spend more time with their families during the holidays and less time consuming anything other than turkey. Verizon said its message was that it helps get users where they need to be for the holidays, but after they arrive, they should turn off their phones and spend time with their family and friends. “Once we get you to the people that matter the most, it’s taking that time to be present with those people…” said Melissa Garlick, who leads Verizon’s brand creative team. “I hope what people take out of it, quite honestly, is we’re America’s most reliable network and we got you where you needed to go.” Verizon has previously encouraged users to turn off their phones in an ad campaign in 2009 called “Don’t Text and Drive,” which supported safe driving laws. The company said its holiday message was part of a larger effort to get users to put down their phones and focus on the moment. (NY Times)

Public support for a strong global deal on climate change has declined, according to a poll carried out in 20 countries by research group, GlobeScan. The survey questioned around 1,000 people in each of 20 countries about their attitudes and was carried out in January and February of 2015. The only four countries with majorities in favour of their governments setting ambitious targets at the COP21 climate conference were Canada, France, Spain and the UK. In a similar poll before the Copenhagen meeting in 2009, eight countries had majorities favouring tough action. This year, just under half of all those surveyed viewed climate change as a “very serious” problem, compared with 63 percent in 2009. Furthermore, an average of 42 percent of those polled want their government to play a leadership role in setting ambitious targets, while another 41 percent want their government to take a more moderate approach and support only gradual action. (BBC)