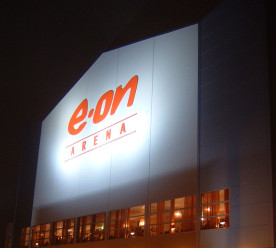 The Environmental Investigation Agency (EIA) released a report, which has found that some auditors tasked with ensuring that growers meet Roundtable for Sustainable Palm Oil’s (RSPO) certification requirements failed to spot violations or even helped companies to cover them up. The report presented nine instances of malpractice by auditors, suggesting that RSPO-certified products on supermarket shelves could be “tainted with human trafficking, rights abuses and the destruction of biodiversity,” said Tomasz Johnson, an EIA forest campaigner.  The report, produced in partnership with Malaysian non-profit Grassroots, was published just a day before the RSPO’s 13th annual roundtable conference began in Kuala Lumpur. The secretary-general of RSPO, responded with a press briefing that “We are grateful that people can find these flaws, and it is only because we are uniquely transparent.” Emphasising that audit reports, minutes of RSPO meetings, and complaint details are publicly available online, Webber said it has been challenging for RSPO to grow its network of competent and trustworthy auditors fast enough to keep pace with rising global demand. (Eco-Business)

The EU has dropped a plan to pressure countries into cutting food waste and marine litter by nearly a third. The law would have obliged countries to reduce food waste by 30 percent by 2025 and by 2030, countries would also have had to cut common pieces of rubbish found on their beaches by 30 percent, as well as fishing gear found at sea. But in the new draft legislative proposal, references to marine litter have been removed. A third of the world’s annual food production is wasted every year by some estimates, while the potential costs of marine litter in Europe have been estimated at about £490 million a year. “Corporate lobbying appears to have watered down the best ambitions for the circular economy concept,” said Eve Mitchell of Food and Water Europe. Another similar trade association, Food Drink Europe, welcomed news that the attempt to set an EU target for 2025 had been batted back. An EU action plan to be presented with the new proposal will recognise UN sustainable development goals for curbing food waste and marine litter. (Guardian)

UK energy supplier Eon has called on the government for policy clarity on energy efficiency as Ofgem figures reveal the first targets for the current Energy Company Obligation (ECO) period have been hit more than a year early. Eon’s strategy and regulation director Sara Vaughan told delegates at a conference today that reducing consumers’ energy use through energy efficiency measures is a problem shared by both government and energy suppliers. She called on the government to provide the clarity on how the ECO scheme will proceed after the current obligation period ends in March 2017 so energy companies can give government “what it needs” on energy efficiency. Vaughan said: “We don’t want customers to use more energy than they need, and we actually care about people who can’t afford to pay for their energy. It’s a problem for government for exactly the same reasons so it’s an opportunity for us to work together to try and solve it.” An announcement on the future of ECO is not expected from Energy Secretary Amber Rudd until the end of the year at the earliest. (Edie)

Moroccan solar plant to bring energy to a million people

A giant plant using energy from the sun to power a Moroccan city at night will open next month. The solar thermal plant at Ouarzazate will harness the sun’s warmth to melt salt, which will hold its heat to power a steam turbine in the evening. The first phase will generate for three hours after dark; the last stage aims to supply power 20 hours a day. It is part of Morocco’s pledge to get 42 percent of its electricity from renewables by 2020. The UN has praised Morocco for the level of its ambition. The Saudi-built Ouarzazate solar thermal plant will be one of the world’s biggest when it is complete. The mirrors will cover the same area as the country’s capital, Rabat. Paddy Padmanathan of Saudi-owned ACWA Power, which is running the thermal project, said: “Whether you are an engineer or not, any passer-by is simply stunned by it. You have 35 soccer fields of huge parabolic mirrors pointed to the sky which are moveable so they will track the sun throughout the day.” The developers say phase one of the futuristic complex will bring energy to a million people.  (BBC)

The Human Rights Campaign (HRC) released the 2016 edition of its annual Corporate Equality Index (CEI), which showcases some of the nation’s most LGBT-inclusive companies. A record 407 major businesses managed to receive a perfect score of 100 and the title of Best Places to Work for LGBT Equality. This year’s CEI is also notable in that it raised the requirements for companies to nail a perfect score by requiring that they have international policies in place that prevent their overseas workers from being discriminated against on the basis of their sexual orientation and gender identity. Among the many big names that earned a perfect score from HRC are Bank of America, Google, Target, IKEA, and Apple. Apple’s CEO, Tim Cook, who is gay himself, is known for his passionate advocacy in regard to diversity and inclusion. Some well-known retailers, including Bed Bath & Beyond, Big Lots, Dollar Tree, and Foot Locker, scored poorly on the CEI. Still, this year’s index shows incredible improvement among US corporations, as only 13 businesses earned top marks in 2002, when the first CEI was first compiled, and only 189 businesses as recently 2012. (Advocate)