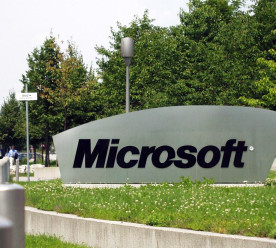 Eight UK universities with total endowments of £69 million have become the latest to announce plans to shelve their fossil fuel investments, doubling the total number of UK universities to divest on moral and financial grounds. The announcement, made earlier this week by the campaign group People & Planet, follows the University of Surrey’s decision to divest late last month. Of the eight institutions covered under the latest announcement, Oxford University’s Wolfson College has the largest endowment, with a £42 million fund being divested from thermal coal or oil sands companies. Jeremy Leggett, chair of Solar Aid and Wolfson College alumni, handed back his degree as part of a two-year divestment campaign at the college and said this week’s news was not enough: ” How incongruous is it to teach young people the science behind global warming’s dire threat to their future, and then invest in two of the main routes to fuelling it?” A further six institutions divested from coal and tar sands, after their fund manager CCLA decided to remove all its clients’ assets from such holdings. Globally, more than 400 institutions and 2,000 individuals have pledged to divest $2.6 trillion from fossil fuels. (Business Green)

Microsoft is opening new data centres in Germany to allow European customers to hide their digital information from US government surveillance. The new data centres will open in late 2016 and will be operated by a subsidiary of Deutsche Telekom. However, customers will have to pay extra to store their data in this way. “These new data centre regions will enable customers to use the full power of Microsoft’s cloud in Germany […] and ensure that a German company retains control of the data,” said Microsoft CEO Satya Nadella at a press conference in Berlin this morning. The announcement is the latest move in an ongoing battle between US tech companies and the American government over access to foreign-held data. Companies like Microsoft and Google want to retain the trust of their users after the Snowden revelations, but have to contend with American police and spy agencies who want the same privileged access they’ve always enjoyed. (The Verge; FT)

Airbnb recently warned cities that it would fight back if municipal officials proposed rules that might curtail its home-sharing service. “There is going to be more people doing home-sharing tomorrow than there are today; there is going to be more the day after that,” Chris Lehane, Airbnb’s head of global policy and public affairs, said. “This is now a movement.” The start-up, based in San Francisco, introduced a lengthy treatise pledging a renewed spirit of cooperation with local governments. Called the Airbnb Community Compact, the document outlines several ways that it plans to work with municipalities, including sharing anonymised data on the hosts and guests who use the service, preventing illegal hotel landlords from operating on the platform, and promising to pay its “fair share” of hotel and tourist taxes in cities that have them. “Given the size of the Airbnb community, this just seems like the right time for us to be very specific about the types of commitments we’re willing to make,” Mr. Lehane said in an interview. The shifts in Airbnb’s messaging show the tightrope the company is walking as it tries to expand its business in a tricky regulatory environment. (NY Times)

Dell and its Social Good Advocate, team up with Goodwill and Uber for US Recycle Day

To mark America Recycles Day, Dell and its Social Good Advocate, Adrian Grenier, are joining with Uber and Goodwill Industries of Greater New York and Northern New Jersey to help people in New York City properly recycle used technology and keep it from joining the millions of pounds of e-waste that is improperly recycled each year. Drivers on the Uber network will provide free pickups of used electronics in Manhattan, Brooklyn and Queens, courtesy of Dell, and will transport items to Goodwill NYNJ’s donation centres where they will be recycled through the Dell Reconnect program. Dell is working to change how people view used electronics through global takeback programmes and the implementation of a closed-loop system that integrates recycled e-waste plastics into new products. “We all need to do our part to keep our environment and homes clean and healthy,” said Grenier. “The NYC Tech Takeback makes electronics recycling easier and helps New Yorkers to rid their homes of dusty old tech while doing something good for our planet. Why wouldn’t you want to participate?” (Blue & Green Tomorrow)

A group of black teenagers were told to leave an Apple store in Melbourne because staff were worried they “might steal something”. A video of the interaction between a Highpoint Apple store staff member and a group of students was uploaded to Facebook on Tuesday night. The six boys from Maribyrnong College were denied entry to the store by a staff member and two security guards. “These guys [security guards] are just a bit worried about your presence in our store. They’re just worried you might steal something,” the Apple staff member says in the video. A member of the group replied: “Why would we steal something?” Many comments on social media say it was a blatant case of racial profiling. “That’s what people do, racial profiling happens a lot, and white Australians want to ignore that. Smart of u guys for recording it,” Fardawsa Shanino wrote on Facebook. One of the students evicted from the store, Mabior Ater, said that he had been going to the Highpoint shopping centre for a long time. “I never thought something like this would happen … of course I was offended,” he said. (Guardian)