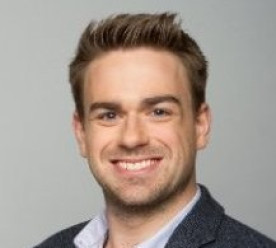 It’s easy to be cynical about business ethics in the wake of the VW scandal. But the solution is not to give up on the idea of corporate self-regulation, writes Matthew Beard.

It’s been a bumper few months if you’re sceptical about the capacity of business ethics to enact moral change in the world. From VW’s emissions fraud to 7/11’s wage scandals and the apparent market for “black jobs” in Australia you don’t have to look far to find unethical conduct.

But that doesn’t mean we should give up on business ethics. It means the exact opposite.

It’s easy to be cynical about unethical conduct. To be cynical is to suspect ill motives, moral failure and self-interest are inevitable in people – be they particular individuals, groups or the population as a whole.

In this sense the practice of ethics is diametrically opposed to cynicism. It is almost allergic to it. If ethics has any foundational belief at all it must be belief in the capacity of every person to act rightly, given the right circumstances and formation.

Given this, I strongly disagree with two articles written by Carl Rhodes in The Conversation recently. The first of Rhodes’ pieces explores the alleged failure of corporate ethics in the wake of the VW scandal. The second expands his original thesis to include the recently-uncovered wage scandals at 7/11.

Rhodes is unashamedly critical of the possibility for corporations to self-regulate in an ethical manner. He writes:

The trick is simple. First, you proclaim your own ethical credentials with a slick corporate social responsibility program propped up by a range of awards in CSR, sustainability etc. Second, you work to shield yourself from external interference on the basis of your self-stated ethical credibility. Third, cloaked in ethics, you carry on with any ruthless, unscrupulous, damaging and deceitful activities that will further your own pursuit of power.

Rhodes’ cynicism toward corporations and their ethical standards – described in terms of leather upholstered offices and ceremonies of self-congratulatory idolatry – emerges from a critique on neoliberalism. Our era of mass deregulation has provided market players the ability to ethically self-regulate and, given their financial imperatives, they can’t be trusted to do so.

Ironically, Rhodes’ solution is equally symptomatic of neoliberalism. It doesn’t favour further regulation but a broader market of stakeholders – give ethical responsibility to the people. By democratising corporate ethics we take the power away from “bastardly” businesspeople.

But that’s precisely what neoliberalism does – it lets the market decide. Making “the people” (which people, where, how?) the arbiters of good ethics isn’t a solution – it’s a symptom. It doesn’t aim to motivate better business practice by forming more ethical practices but by threatening the bottom line.

In doing so it perpetuates the notion that business speaks only one language – money. Perhaps some do but others certainly don’t. The problem isn’t that the claim misrepresents business though – it’s the risk of a self-fulfilling prophecy. If you expect the worst from organisations it’s unlikely they’ll ever surprise you.

Rhodes’ solution seems to be to take all moral responsibility away from businesses rather than to take steps to make them morally responsible entities in their own right.

I’ve already said I don’t agree with Rhodes’ pessimistic view of business. Nor do I agree with his solution. But I do agree with his diagnosis. Self-regulation is a serious challenge for corporations.

The solution isn’t to take ethics away from corporations nor is it to ram it down their throats. It’s to make ethics the cornerstone of what it means to be a market actor. Market regulation and consumer pressure both aim to coerce ethical conduct as outside agents. They presume from the outset that ethics are antithetical to business practice and therefore force-feed it to corporations.

It’s a pretty bad way of encouraging ethical behaviour. Coercive measures are what philosopher Bernard Williams called “external reasons” – they are reasons for acting a certain way but they don’t motivate people to act. Only “internal reasons” accepted by the person themselves can motivate action.

I expect Rhodes would agree with all this. It’s why he suggests using the desire to make money as an internal motivator. If consumers walk away from the product and give voice to their moral standards, economic realities will force a change in practices. “Hit them where it hurts”, as the saying goes.

It might be effective, but it ignores the possibility of other internal motivators that might also work without having to take so cynical a view of business’ social influence.

One such measure is to work with corporations so their stated commitments to sustainability, ethics and the community become core institutional values. This involves a multi-faceted approach combining ethical, business and organisational expertise alongside good-willed individuals and regulatory influences.

This approach has the advantage of recognising those who work in business as not being opposed to “the people”. It recognises them as people. Pessimistic approaches hold an intuitive appeal – we’re very good at judging and placing blame. The problem is they don’t seem likely to fix the problem.

Matthew Beard works for The Ethics Centre, an independent not-for-profit organisation that provides an open forum for the promotion and exploration of ethical questions. He is an Adjunct Lecturer at the University of New South Wales Canberra.

This article was originally published on The Conversation.