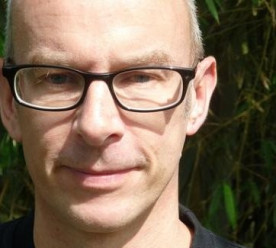 Beyond Certification: Why sustainability certification is part of the problem

Chris Lang explores a new book by Scott Poynton, which argues that blind faith in sustainability certification schemes like FSC is holding back real progress.

Earlier this year Scott Poynton published a book titled “Beyond Certification“. This post looks at his criticism of certification (particularly of the Forest Stewardship Council) in the hope of facilitating more debate on the topic, and ultimately encouraging more people to look “Beyond Certification”.

I first met Scott about 20 years in a place called Long Xuyen in the Mekong Delta, near the Cambodian border in Vietnam. We’ve kept in touch since then, and occasionally fallen out. Invariably about certification.

When I met Scott he was working on a tree planting project, funded by the Australian government. I wrote about my impressions of what he was doing a couple of years later in my dissertation. He comes out of it reasonably well, despite the fact that his project involved establishing eucalyptus plantations – at least they were small scale and aimed at providing benefits for local communities.

Since 1999, Scott has been leading a very successful company called TFT, which works with companies, encouraging them clean up their acts. I interviewed Scott back in 2012, shortly before TFT started working with Asia Pulp and Paper.

For a long time TFT aimed to improve corporations’ operations so that they could be certified under the Forest Stewardship Council system. Scott’s book “Beyond Certification” explains why TFT no longer believes that FSC certification is good enough.

“Beyond Certification reviews the positive aspects of certification, of which there are many. But more important, it argues that we can no longer afford to gloss over its failures. It is powerfully clear we need a very different approach and set of actions to managing wicked problems like deforestation and exploitation.”

The book consists of two parts. The first a critique of certification (not only FSC, but certification in general). The second puts forward TFT’s approach as one possible solution. In the book, Scott explains that,

“I present it not as the best way forward, the only solution, but to provoke deep reflection and strong debate, and still more innovation and big thinking. I want to get people thinking deeply and in a way that really stretches our collective brainpower beyond where we are today. Most critically, I want to generate change. I hope this book encourages folk to open up to ideas outside the boxes created by 20 years of certification.”

This post looks at the critique of certification. In a future post, I’ll discuss TFT’s model, and Scott’s proposed solution, in more detail. The point of this is not just to bash certification. I agree with Scott that it’s time to take a serious look at the problems with FSC and certification, and to look at potential ways forward, “Beyond Certification”.

Poynton’s book starts with an admission that writing the book was “torture”. It started in 2011, with Poynton crossing “a deep, inner milestone”. Here’s how he puts it in the book:

“I’d just been to India where I visited some small-scale wood processing factories. In each I spotted little areas set aside with a sign announcing ‘FSC Wood’. The spaces were bare. ‘No FSC wood?,’ I enquired. ‘No, we never use FSC wood, we can’t buy it. But we set these areas aside to secure our FSC Chain of Custody certificate,’ the factory managers responded with bitter bemusement.

“I had seen similar things on a much larger scale in China. Vast wood factories awash with wood from the furthest reaches of the world, each with its own tiny, empty and soulless set-aside areas, waiting in vain for even the smallest stick of FSC wood. The factories maintained the mirage because they wanted an FSC Chain of Custody certificate. Having it gave them credibility. They could market themselves, like their competitors, as good FSC-certified blokes and apparently credible businesses – despite their use of all sorts of non-FSC and, it seemed, non-legal wood.”

Clearly, this is exploiting the FSC Chain of Custody system to greenwash business as usual for the timber industry. “The deceit ailed me too terribly,” Poynton writes.

Formed it 1994, FSC was the first multi-stakeholder certification scheme. It brought together environmental and social NGOs and corporations in an attempt to promote better management of the world’s forests. 20 years later we have 458 ecolabel in 25 industry sectors, in 197 countries. Two-thirds of these were developed in the last ten years.

Poynton notes, many good people have invested a great deal of their lives to promoting and improving FSC. “I honour these people and respect their struggle,” he writes.

“Yet from a personal perspective, my voyage to India and the inner journey it prompted confirmed what I had felt for a long time – certification isn’t working and is, in fact, part of the problem.”

Poynton describes criticising FSC as “like shooting at an ambulance”. But there’s no denying that 20 years of certification has not stopped the world from going downhill:

“We need to wake up! We need better solutions fast! The fact that certi­fication has been with us for more than 20 years and we still find ourselves accelerating toward our ultimate demise, suggests we need to do something different, and quickly. It’s no longer enough to struggle on, to be reasonable.”

Poynton writes that he believes that, “certification is one of the brightest bright shining lies of the sustainability movement”.

Certification has failed to deliver industry-wide transformation. “It is incontrovertible that the people and environment the certification schemes are supposed to protect, preserve and enhance aren’t faring so well,” Poynton comments.

“My own analysis is that certification schemes cannot and never will be able to deal with the growing number and diverse array of hugely difficult and extremely complex issues the world faces. In fact, our over-reliance on certification schemes is a big part of the problem. They allow people to make lots of money while smothering the critical analysis, debate and innovation that can lead to a fundamental transformation in how we interact with each other and the natural world.”

“My personal bugbear is Chain of Custody (COC), traceability certification. Effective COC should secure traceability back to source, not just within a factory complex. In reality, taking FSC COC certification as an example, this isn’t what happens. FSC accredited certification bodies (CBs) certify wood processing factories for COC without verifying the origin of that wood. All they are really verifying is that the factory was COC compliant on the day of their visit. Well-prepared factories make sure they have what they need on that day and thereafter return to their normal ‘no traceability’ production. The same happens with social compliance audits. Another problem is that many companies shop around for the CB that charges the least for COC certification. How can they charge less? By doing less, cutting corners, using junior auditors. In effect, then, there really is no third party, independent auditing in certification, independent meaning no direct economic relation­ ship between CB and company. Rather, certification is permeated with deep conflicts of interest.

“Nor is this the end. The FSC itself reaps a lot of income from the fees charged by CBs. A large training sector makes money off SMEs seeking certification. NGOs are part of this, urging companies to get certification and pushing their own workshops because this metric justifies further funding. Consumers end up unknowingly buying what are in fact non-compliant products.”

Poynton has suggestions for addressing the conflict of interest at the heart of the FSC system: companies aiming to get certification pay certifying bodies to carry out the assessment. He suggests that companies should pay to a central verification fund. Companies could pay anonymously into a central fund for capacity building for local NGOs, “with funds also available to apy local communities and NGOs to do the work”. This would create a firewall between company and verifier.

I thoroughly recommend reading this book. It’s passionate and well-informed. Poynton was a supporter of certification (in particular of FSC) for many years. His criticisms are based on his experience of trying to work within the system and trying to improve it. He is in no doubt (as am I) that certification isn’t working:

“Certification hasn’t succeeded, and we need to open our minds to other ways of working. Our perverse reluctance to do so, our blind and rigid faith in certification to control people and their behaviour, are holding back the creative thinking and innovation we need to deal with the awful mess we’re in.”

Chris Lang is a writer and researcher. He runs REDD-Monitor.org, and has written reports for FERN and the World Rainforest Movement.

This article was originally published on REDD-Monitor.