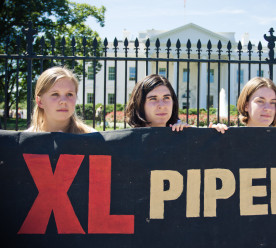 UK firms must publish Modern Slavery statement on their homepage

British companies are to be forced to publish evidence on their websites that their operations are not reliant on international slavery, under legislation aimed at exposing details of supply chains to public scrutiny. Newly-published guidance on the Modern Slavery Act shows how large UK-based firms will be expected to link to a new annual statement on slavery and human trafficking in a “prominent place” on their homepage. According to the guide, this may mean “a modern slavery link that is directly visible on the home page or part of an obvious drop-down menu on that page”. The initiative is designed to force companies that subcontract work or buy from other producers to take responsibility for their value chains. The government hopes the information will allow shoppers to make “more informed decisions at the checkout”. The legislation comes after a number of scandals involving multinational corporations purchasing products made with the use of forced labour. (Guardian)

The company behind the Keystone XL pipeline has asked the US government to suspend its permit application, throwing the politically fraught project into an indefinite state of limbo, beyond the 2016 US elections. In a letter, TransCanada Corp asked the State Department to suspend its application while the company goes through a state review process in Nebraska it had previously resisted. The move comes in the face of an expected rejection by the Obama administration and low oil prices that are sapping business interest in Canada’s oil reserves. The State Department was in the final stages of review, with a decision to reject the permit expected, according to people familiar with the matter. President Barack Obama had stated doubts about the project, saying it would create few jobs, not lower gasoline prices and possibly affect climate change. (WSJ)

Goldman Sachs to invest $150 billion in clean energy by 2025

Financial giant Goldman Sachs has announced it will finance and invest $150 billion over the next 10 years in clean energy projects. The amount is a substantial expansion on the investment bank’s previous target of $40 billion by 2022, which it set in 2012. The firm says it is now close to achieving the target, with $37 billion invested as of September 2015. The new figure comes as part of an update to the firm’s Environmental Policy Framework, which was first established in 2005, which also contains a pledge to be carbon neutral across all its operations and business travel by the end of this year. “Environmental issues have become increasingly relevant to our clients and our investors, and have become core to our business,” said Kyung-Ah Park, head of environmental markets at Goldman Sachs. The firm is also aiming to source 100 percent of its electricity from renewables by 2020, having signed up to the global RE100 campaign in September. (Business Green)

Unilever has announced it has achieved accreditation as a Living Wage Foundation employer, covering its entire UK operations. Tim Munden, HR Director, Unilever UK said: “As a company committed to making sustainable living commonplace we believe it is right to raise the floor on wages. That is why we have been committed to paying our UK employees at least a living wage for some time… It will ensure that hundreds more people working with us will be paid the Living Wage by the end of next year.” In becoming accredited, Unilever UK will continue to work with key suppliers to encourage a Living Wage approach and ensure that regular contractors move to paying a Living Wage. Sarah Vero, director, Living Wage Foundation said: “It is a huge milestone to have one of the UK’s most successful and much-loved organisations join the Living Wage movement. Their accreditation means that virtually every home across the UK will now have in its cupboards and on the kitchen table, a product made by a Living Wage business.” (Unilever)

Puffins are among four UK bird species now at risk of extinction, according to the latest revision of a global conservation database. Atlantic puffins, European turtle doves, Slavonian grebes and pochards are on the International Union for Conservation of Nature (IUCN) Red List of Threatened Species for birds. Puffins are vulnerable to pollution and declining food sources, ecologists say. Another 14 UK species are considered to be “near threatened”. Martin Harper, conservation director with the Royal Society for the Protection of Birds (RSPB), said the “global wave of extinction is now lapping at our shores”. “The erosion of the UK’s wildlife is staggering and this is reinforced when you talk about puffin and turtle dove now facing the same level of extinction threat as African elephant and lion, and being more endangered than the humpback whale,” he said. (BBC)