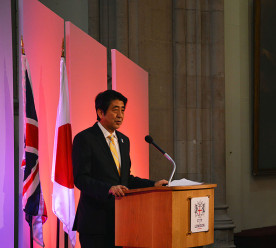 Amazon, Lego and Levi’s top ranking on US public perception of CSR

Reputation Institute has released the 2015 US CSR RepTrak, which highlights the companies that have the best reputations for corporate social responsibility in the US. “Consumers want to engage with companies that are good corporate citizens,” said Brad Hecht, chief research officer at Reputation Institute. “Companies with high CSR scores in our research can point to a demonstrated track record of ethical behavior and leadership.” At the top of the ranking are Amazon, LEGO and Levi Strauss. Though Amazon tops this year’s survey, recent resurveying shows a dip in its reputation, following a recent exposé of working practices at the company. Even more dramatic is the decline in Subway’s score, which effectively removes it from being considered a “most reputable” company altogether. The fast-food chain was hit by allegations this year over crimes committed by its former “Subway Guy” spokesperson, Jared Fogle. RepTrak’s top 10 includes companies from a range of industries, including BMW, Schneider Electric, Panera Bread and Shire. (Reputation Institute)

The past week in New York produced a number of impressive commitments from companies pledging to take climate change seriously, with the United Nations adopting a new set of 17 Sustainable Development Goals. Mars is one company lining up to use these new goals as a roadmap, according to Chief Sustainability Officer Barry Parkin. Mars has put together a comprehensive list of responses to the 17 goals, stating the action it is taking against each goal. Mars’ CSO position has been in place for about two and a half years and originally evolved out of concern for working and environmental conditions in Mars’ supply chain – especially in cocoa. It has since grown to encompass a spectrum of issues from energy to working conditions. Although not all of the UN’s 17 goals are immediately material to Mars’ business, Parkin sees Mars’ sustainability efforts as complimentary to them all in one way or another. Using the UN Goals as a roadmap is a logical way to realise the connectivity of a company’s initiatives. (Triple Pundit)

Japan’s Prime Minister, Shinzō Abe, has announced that the country’s $1.2 trillion Government Pension Investment Fund, the largest asset owner in the world, has signed up to the United Nation’s Principles for Responsible Investment (PRI). The move will also mean it will ask its external managers whether they are also signed up. “This will surely contribute to the achievement of sustainable development,” Abe said. “The principles represent a pledge by signatories to consider environmental, social and corporate governance factors while investing.” Abe has introduced a number of responsible investment reforms as part of his wider ‘Abenomics’ reform programme to revitalize the country. The ‘third arrow’ of Abenomics has seen the creation of the Principles for Responsible Institutional Investors, a stewardship code based on the UK model, as well a review of equity markets and a corporate governance code. (Responsible Investor)

Singapore’s National Environment Agency (NEA) has issued a Preventive Measures Notice under the Transboundary Haze Pollution Act to an Indonesian company, the fifth after it issued similar notices to four Indonesian firms last week. The notice requests that the company, PT Bumi Mekar Hijau, deploy fire-fighting personnel to extinguish or prevent the spread of fire on land owned or occupied by them, discontinue burning activities on such land and submit any plan of action to extinguish fires or to prevent recurrence on such land. Under the Transboundary Haze Pollution Act, which was passed in parliament in 2014, Singapore can impose a fine of up to 100,000 Singapore dollars (USD$70,400) for each day that a local or foreign company contributes to unhealthy levels of haze pollution in Singapore. The cap for the total fine is 2 million Singapore dollars (USD$1.4 million). The haze situation continues to linger in the city-state, and is forecast to persist due to prevailing winds. (Eco-Business)

Saudi Arabia is insisting the UN removes gay rights from the organisation’s Global Goals, saying it is “counter to Islamic law”. Saudi Foreign Minister, Adel Al-Jubeir, told the UN General Assembly that “mentioning sex in the text, to us, means exactly male and female. Mentioning family means consisting of a married man and woman.” He stated Saudi Arabia has the right not to follow any agenda that runs “counter to Islamic law”. Overt references to LGBT equality were removed from the final agreement of the Sustainable Development Goals. The goals pledge to ensure that “human rights and fundamental freedoms are enjoyed by all, without discrimination on grounds of race, ethnicity, colour, sex, age, language, religion, culture, migration status, political or other opinion, national or social origin, economic situation, birth, disability or other status.” The United Nations was criticised recently for handing Saudi Arabia a key role on its Human Rights Council, despite its record on human rights abuses and freedoms for women, minorities and dissidents. (Independent)