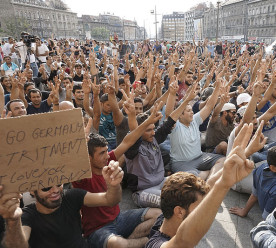 Companies now have a new tool to help them navigate and contribute to a new set of global Sustainable Development Goals (SDGs) adopted by the United Nations on the 25th of September. Launched at a UN-business event at UN Headquarters in New York, the SDG Compass –developed jointly by GRI, the UN Global Compact and the World Business Council for Sustainable Development (WBCSD) – guides companies in taking a strategic approach to the SDGs and enhancing their contribution to sustainable development through core business activities. The SDGs, which will shape the global development agenda from now until 2030, explicitly call on business to use creativity and innovation to address sustainable development challenges. The SDG Compass is a guide that will inform companies on how to align their strategies with the relevant SDGs, and measure and manage their impacts. It is supported by a live and constantly updated inventory of business indicators and tools. “Our partnership with the UN Global Compact and WBCSD is an example of the innovation and collaboration needed in order to tackle the world’s most pressing development challenges,” said GRI’s Chief Executive, Michael Meehan. (3BL Media)

Mark Zuckerberg, chief executive of Facebook, promoted access to the Internet as “an enabler of human rights” and a “force for peace” on Saturday, as he announced that his company would help the United Nations bring Internet connections to refugee camps. “It’s not all altruism,” Mr. Zuckerberg said later, in an implicit acknowledgment that drawing new users to his service is also good for Facebook’s bottom line. “We all benefit when we are more connected.” Where and how Facebook would work with refugee camps, he did not say. Mr. Zuckerberg’s remarks came at a lunch hosted by the United Nations Private Sector Forum at the world body’s headquarters. It was attended by government leaders and business executives and was intended to encourage private-sector cooperation to advance the ambitious global development goals adopted Friday in the General Assembly. (NY Times)

Motorists are being “tricked” by carmakers into buying cars that claim to be more fuel-efficient than they really are, a new report claims. The report, which comes just days after Volkswagen admitted cheating emissions tests for its diesel cars in the US, suggests that the industry’s problems extend well beyond diesel cars and a single car manufacturer. Brussels-based lobby group Transport & Environment found an average 40 percent gap between the amount of petrol and C02 released in lab tests compared to real life. Drivers are spending €450 a year more than expected on fuel, adding up to an average €2,800 over the lifetime of a car, the report found. Transport & Environment said its findings meant that the car market was “massively distorted” with cars marketed and taxed on “a completely unfair basis”. (BBC)

Apple and JPMorgan Chase & Co have joined the number of businesses participating in helping tackle the European refugee crisis. Tim Cook, CEO of Apple, emailed staff about his concerns for refugees in Europe, saying that the company was making a ‘substantial donation’ to humanitarian organisations working with suffering refugees. Cook’s email stated, “As we’ve all seen and read in the news, millions of people from Syria and other Middle Eastern countries have fled their homes because of war and persecution.” Meanwhile, JPMorgan Chase has announced up to $2 million in donations from its foundation and for employees to provide immediate relief to refugees to help address the humanitarian emergency in Europe. Grants totalling $1 million from the JPMorgan Chase Foundation will support Save the Children, Oxfam, International Rescue Committee and International Medical Corps. The JPMorgan Chase Foundation is also launching an employee giving campaign that will match employee donations dollar-for-dollar to these organisations. (Just Means)

Royal Dutch Shell has abandoned a contentious Arctic drilling campaign off the coast of Alaska and is preparing to take billions of dollars in writedowns after its exploration efforts failed to make a significant discovery. The decision, likely to be welcomed by environmental campaigners, reflected the high costs of the project and the “unpredictable” US regulatory environment, Shell said. The collapse in oil prices since last June, from more than $115 a barrel to less than $50 now, has called into question the viability of challenging, high-cost production in areas such as the Arctic. Dozens of projects have already been put on hold. Shell had said that the time and expense were justified by the size of the prize if exploration was successful. However, the company said in a statement on Monday that while it had found “indications” of oil and gas, “these are not sufficient to warrant further exploration” in the area. (FT)*