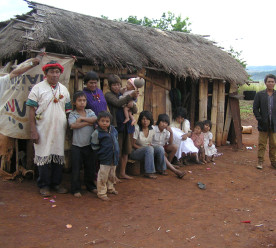 B Corp movement launches in the UK

Today the UK B Corp movement launches in the UK, representing the biggest initial community of certified B Corps yet seen globally, with over 50 companies announced. The B Corp movement seeks to fundamentally change the role of business in society. B Corps are companies committed to harnessing the power of business as a force for good, where the interests of employees, communities and the environment rank alongside those of shareholders. The B Corp movement provides a means for the public to recognise how purpose driven businesses are delivering against their social agenda, with the Volkswagen scandal this week highlighting the urgent need for greater public trust in how businesses are fulfilling their social purpose and delivering change. To certify as a B Corp, businesses must change their legal documents so that employees, communities and the wider environment rank alongside shareholders in decision making processes. Existing worldwide B Corp certified companies include Change.org, Ben & Jerry’s, Kickstarter and Patagonia. (B Corporation)

Many businesses are making bold commitments this week to cut carbon emissions, switch to renewable power and support and even finance sustainable development as diplomats and CEOs convene in New York for key meetings as the United Nations formally adopts the new Sustainable Development Goals. Nine multinationals — from nine industries — pledged Wednesday to transition operations to 100 percent renewable energy while half a dozen other global businesses pledged to reach zero net emissions and 92 companies backed Pope Francis’ call for caring for the earth. Proctor & Gamble, Goldman Sachs, Salesforce, Johnson & Johnson, Nike, Starbucks, Steelcase, Voya Financial, and Walmart are the nine who pledged to go all renewable, joining 27 others that already pledged to do so as part of the RE 100 group, starting with Mars Inc., the candy maker. Other companies pledging on Wednesday to make their operations “Net Zero by 2050” were: Chinese construction company Broad Group, African telecommunications group Econet, Brazil cosmetics manufacturer Natura, consumer goods company Unilever and international investment group Virgin. A further 92 companies, who are members of the World Business Council for Sustainable Development, signed a letter supporting Francis’ call to protect the earth. (GreenBiz)

Last year, Starbucks vowed to provide store employees with more consistent schedules from week to week, and to post their schedules at least 10 days in advance. The company said it would stop asking workers to endure the sleep-depriving ritual known as a “clopening,” which requires them to shut down a store at night only to return early the next morning to help open it. But Starbucks has fallen short on these promises, according to interviews with five current or recent workers at several locations across the country. Most complained that they often receive their schedules one week or less in advance, and that the schedules vary substantially every few weeks. Two said their stores still practiced clopenings. The complaints were documented more widely in a report released on Wednesday by the Centre for Popular Democracy, a non-profit that works with community groups. “We’re the first to admit we have work to do,” said Jaime Riley, a company spokeswoman. “But we feel like we’ve made good progress and that doesn’t align with what we’re seeing.” (NY Times)

As ever more companies and governments pledge to ‘go green’ and protect forests, the world’s tribal peoples should be among the main beneficiaries. Yet, all too often, the promises are purest greenwash, used to conceal the human and environmental tragedy of land-grabbing for plantations, mines, logging and even ‘conservation’. In Paraguay’s vast Chaco region, the familiar sounds of the forest are being drowned out by the rumble of heavy machinery. “Where jaguars once trod, now there are just the tracks of bulldozers”, protests Porai Picanerai, a member of the Ayoreo tribe. His people are being chased from their ancestral lands by Brazilian corporation Yaguarete Pora. The Chaco is experiencing rapid deforestation thanks to companies like Yaguarete Pora, who are illegally clearing vast swathes of land for cattle ranching. Ironically, having promised a small, protected nature reserve, they continue to oust the forest’s most accomplished conservationists, its tribal people. In spite of this, the company proudly flaunt the logo of the largest corporate responsibility initiative on the planet, the United Nations Global Compact. The greenwash is increasingly sophisticated, posing an ever-greater threat to the lives of tribal peoples. (The Ecologist)

It has been 10 years since WPP and Millward Brown launched the BrandZ Top 100 Most Valuable Global Brands. The report states, during the intervening decade, 2006 to 2015, Brand Value increased 126 percent to $3.3 trillion with Apple, Google and Microsoft leading the ranking. In this expanded 10th anniversary edition of the report, important trends that drove Brand Value over the past 10 years are shared and the strategies and actions to build and sustain Brand Value going forward are recommended. None of the 13 categories examined in the report were spared from the effects of the recession or the aftermath of more cautious consumer spending. Consumers now scrutinize brands and favour those that protect the health of their customers and the planet. The report also reveals technology as a large player in transforming every brand in every category over the past decade. It states, ‘There will be major opportunities from new markets in areas like smart technology, alternative energy, and the sharing economy. As businesses adjust, we will see disruptive innovation in products and services, and the emergence of new business models, and closed loop supply chains. Established brands that fail to adjust will disappear.’ (Millward Brown)