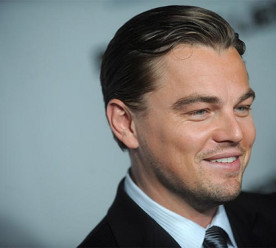 BT Group has narrowly beaten Marks & Spencer (M&S) in Carbon Clear’s latest analysis of the carbon reporting performance of the FTSE 100. In 2014 both companies shared first place. The report ranks each FTSE 100 company using public information on carbon measurement and reporting; strategy and targets; emissions reduction; and how carbon reporting is used to engage stakeholders. For its ‘rigorous and far reaching carbon strategy’, BT scored a total of 94 percent, narrowly beating M&S by just one percentage point. The top 10 performers in this year’s report also include Sky, Kingfisher, Unilever, Aviva, Centrica, Coca-Cola HBC, TUI AG and RELX Group. The report concludes that while excellent efforts are being made by a handful of FTSE 100 companies to manage their carbon emissions and communicate this effectively, there are still too many lagging behind the leaders, showing little consideration towards the impact their businesses are having on climate change. (Carbon Clear)

Hollywood actor Leonardo DiCaprio on Tuesday joined more than 400 institutions and 2,000 individuals who have promised to divest from fossil fuels, as new research showed they hold total assets of $2.6 trillion. The report, launched in New York by investment consultancy Arabella Advisors, reveals the movement to take money out of fossil fuels like oil, coal and gas has grown 50-fold in one year. At the same time, more capital is flowing into renewable energy and other solutions to climate change problems, it said. “Climate change is severely impacting the health of our planet and all of its inhabitants,” said DiCaprio, announcing his promise to divest on behalf of himself and the Leonardo DiCaprio Foundation, which supports conservation projects around the world. Local governments and investors from 43 countries have committed to stop supporting fossil fuels, including municipalities, pension funds, medical associations and churches, the coalition backing the movement said. (Reuters)

UK consumers want better laws that ensure the legality of wood products on the market in the UK and across Europe, a new survey finds. Major timber-related businesses from the UK  and other EU countries, from producers to retailers, have also signed a new statement for the EU to tighten the current rules on illegal timber use. The EU Timber Regulation is currently under review by the European Commission in Brussels. A poll commissioned by WWF showed that 88 percent of people in the UK did not know products made from illegal timber could still be bought in the EU; a further 76 percent said it was very important that measures be put in place to make sure people couldn’t buy products made from illegal wood. In a statement issued to the European Commission, 64 timber-related companies and six trade federations say that not only does illegal logging ‘pose a significant threat to global forest resources, it also contributes to deforestation, causes loss of biodiversity and erodes the rule of law’. (Blue and Green Tomorrow)

As Southeast Asia’s annual haze problem once again makes headlines, several major players in the palm oil industry have adopted zero deforestation policies and are working with the government of Indonesia to push for broader reforms. Now Astra Agro Lestari (AAL), Indonesia’s second largest palm oil producer, has announced a new policy designed to protect forests, peatlands and local communities across its entire supply chain, including all of its subsidiaries and third-party suppliers as well as any plantation, refinery or mill the company invests in. The policy states that AAL will “work closely with smallholders, non-governmental organizations (NGOs) and other stakeholders to drive positive change” before listing “No Deforestation,” “Conservation of Peatlands,” and “Respect for Human Rights” as the three principles on which the policy is based. The policy brings AAL in line with similar commitments that have been adopted by traders like Bunge, Cargill, Wilmar and Musim Mas and comes in response to calls from across all sectors of civil society for AAL to take responsibility for the impacts of its business operations. (Eco-Business)

Uber, the San Francisco-based ride-hailing service, is starting a new carpooling service, beginning in Chengdu, China. The service, called UberCommute, gives Chinese car owners who drive long distances – most likely drivers heading to and from work – the option of picking up passengers going in the same direction. The drivers and riders share the cost of the trip, which means the drivers end up saving money on a journey they would have already made by themselves. “When people can push a button and get a ride in minutes, they are less likely to drive themselves,” Uber said in a blog post. “Instead of 30 people using their own cars, you have one car serving them all.” The new service, which Uber plans to introduce globally over time, shows how the company is focused on gaining mainstream popularity in China, the world’s largest Internet market. Uber, which has raised about $7 billion in funding, has earmarked more than $1 billion for growth in Asia. (NY Times)