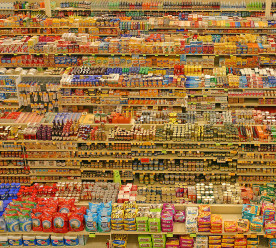 Report: Exxon’s own scientists confirmed climate change in the 1970s

An investigation from Pulitzer Prize-winning InsideClimate News lays out how Exxon’s own research confirmed the link between fossil fuels and climate change in the 1970s. The first part of the investigation reveals that the oil company’s own scientists spoke about climate change with certainty, and that the company funded extensive climate research. By 1977, senior company scientist James Black was able to tell Exxon’s Management Committee that there was “general scientific agreement” on the link between climate change and carbon emissions. A year later, he said that “man has a time window of five to ten years before the need for hard decisions regarding changes in energy strategies might become critical”. Writing in the New Yorker, campaigner Bill McKibben wrote that Exxon’s research “did not prevent the company from then spending decades helping to organize… campaigns of disinformation and denial”. Responding to the allegations, Exxon said the documents were “cherry-picked” to “distort our history of pioneering climate science research”. (Wired; New Yorker)

Volkswagen’s chief executive has apologised after US regulators found some of its cars disguised pollution levels. “I personally am deeply sorry that we have broken the trust of our customers and the public,” Martin Winterkorn said. He has launched an investigation into a device that allowed VW cars to emit less during tests than they would while driving normally. The company’s shares were down 18 percent in early trading, after the German carmaker was ordered to recall half a million cars on Friday. In addition to paying for the recall, VW faces fines that could add up to billions of dollars, and VW executives may face criminal charges. The US law firm Hagens Berman is launching a class-action suit against VW on behalf of people who bought the relevant cars. “While Volkswagen tells consumers that its diesel cars meet California emissions standards, vehicle owners are duped into paying for vehicles that do not meet this standard and unknowingly pay more for quality they never receive,” the firm alleged. (BBC)

McDonald’s has gathered a number of like-minded organizations to raise money to help the UN’s World Food Program respond to the migrant crisis in Europe and the Middle East. McDonald’s, along with companies like DreamWorks Animation, MasterCard and Facebook, will donate paid television airtime or access to digital media to promote the World Food Program, including through the use of a 30-second animated commercial narrated by the actor Liam Neeson. The partnership was unveiled on Sunday, one day before the United Nations’ annual International Day of Peace. Steve Easterbrook, McDonald’s new chief executive, said the company wanted to show that it could respond to issues its customers cared about.  “We felt it was an opportunity for us to contribute something meaningful, something authentic,” he said. The announcement comes about a month after Easterbrook rebuffed an offer from rival Burger King to create a “peace day burger”, saying that McDonald’s wanted to “do something bigger to make a difference”. (NY Times)

Britain’s supermarkets step up to save forests

Asda has become the latest UK grocer to sign up to WWF’s Save Forests campaign, completing the line-up of major supermarkets which include M&S, Morrisons, Sainsbury’s, Tesco and Waitrose. They pledge to ensure their timber and wood based products will be from sustainable sources by 2020. With Asda joining, all of the ‘Big Four’ supermarkets have now signed up to the campaign; together they control over 70 percent of the grocery market. The campaign is calling for loopholes in current legislation that allow illegally sourced or unsustainable wood to be legally imported and sold in the UK to be closed. Signing up to the pledge means they will ensure all their own brand products and materials used will be from sustainable sources. It is also hoped that the supermarkets will be engaging with brands on sustainability of their own products, helping to shape a new market place based on sustainable supply instead of short term gain. (Blue and Green Tomorrow)

The co-founders of Kickstarter, the popular online crowdfunding website, announced on Sunday that the company is reincorporating as a “public benefit corporation.” They said the legal change would ensure that money – or the promise of it – would not corrupt their company’s mission of enabling creative projects to be funded. “We don’t ever want to sell or go public,” said Yancey Strickler, Kickstarter’s chief executive. “That would push the company to make choices that we don’t think are in the best interest of the company.” Kickstarter’s move builds upon its decision last year to become a B Corporation, a voluntary designation certified by a nonprofit group called B Lab. Public benefit corporations must aim to do something that would aid the public and include that goal in their corporate charter. Board members must also take that public benefit into account when making decisions, and the company has to report on its social impact. (NY Times)