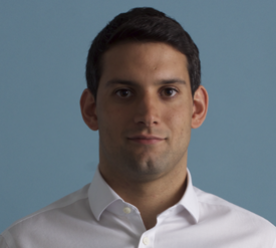 In this article Jayesh Shah explores some of the trends in the development of cities, focusing on how this changes the role of businesses.

As we draw closer to September’s summit on the SDGs – the universal set of goals, targets and indicators that will frame the development agenda over the next 15 years – it could be argued that there will not be a sustainable world without sustainable cities.

Cities have for some time been recognised as the frontier for global development. This is due first and foremost to over half the global population now living in urban areas, but also to them harbouring most of the world’s economic activity.

This comes at a price though, cities are the largest contributors to energy consumption and climate change, consuming 75% of the world’s energy and producing 80% of greenhouse gas emissions.

Perhaps the trend that really drives home the importance that cities have in defining our future is that by 2050, close to 70% of world’s population will live in urban areas.

It’s hardly surprising then that the sustainability of cities is a high priority for heads of governments, CEOs, urban planners, NGOs, and many more interested parties.

A recent paper written by the Urban and Disaster Risk Management Department at the World Bank outlines three criteria to judge sustainability in cities:

Whilst this serves as a useful framework to identify the key issues in urban sustainability, it does not take into account the speed at which cities are developing and some of the new issues that are emerging.

One significant change that is fast shaping the lifestyle of cities’ inhabitants is the Internet of things. This is about connecting devices over the Internet, letting them talk to us, to other applications and to each other.

In the more complex reality, this template is being used to structure whole new cities, such as Songdo in South Korea, where buildings have automatic climate control and computerised access. Furthermore, roads, water, waste and electricity systems are built with electronic sensors to enable the city’s brain to track and respond to the movement of residents.

Another example is India, where Prime Minister Narendra Modi recently released the list of the 98 smart cities that could receive up to 7,000 billion rupees worth of investment in smart infrastructure over the next 20 years.

The new positioning of businesses

Perhaps a more subtle shift that has emerged from technological developments in cities will be the broadening of relevant actors that play a decisive role in shaping the fundamental ways in which cities operate.

I would point to the growth of Uber in the UK as an example of this shift in practice. The taxi and private hire vehicle industry has long been an important contributor to the UK’s economy and has a history of careful management through government legislation. However, in recent years, Uber’s rapid growth through innovative technology that connects people and drivers has positioned it at the heart of any discussions on the future of the industry in the UK.

An article in the Harvard Business Review argues that companies are uniquely positioned to shape the sustainable, economically competitive cities of the future as governments do not have the large amounts of capital, exceptional managerial skill, and significant alignment of interests to address the problems of urbanization or to conceive solutions.

So, the questions that are potentially most interesting for companies are how to best adopt this new role and find ways to prosper both financially and through longer term growth in shaping sustainable cities.

One example of a company attempting to do this  is Cisco’s Smart+Connected Communities programme which has seen the company partner with the German city of Hamburg to make the transition to a ‘smart city’.

The project aims to connect people, process, data and things to drive innovation and improve the lives of Hamburg’s residents by introducing a number of technological solutions led by Cisco, including:

Risks of operating in new conditions

However, the Internet of things brings its own unique set of threats, and none are more significant than the security of data.

This time last year one of the leading global financial services firms JP Morgan Chase disclosed that the information of 76 million households had been compromised in one of the largest cyber attacks to date. In this case it was only customers’ addresses and phone numbers that were uncovered, however there are plenty of examples of financial data theft which indicates that data centres could be less secure than we are led to believe.

An example of a business that is entirely designed on the availability of new data sources through the internet of things is New York based app Placemeter. The company is calling itself an urban intelligence platform that uses (and pays) New Yorkers to supply live video feeds that are then compiled and analysed to provide insights on pedestrian and vehicle movement at scale. The technology anonymises peoples’ identities, which goes as far as fulfilling privacy requirements, however I’m not sure this will be enough to convince people of the company’s mission to ‘build stronger businesses, efficient cities, and innovative neighborhoods worldwide’.

Arguments are already surfacing around the safety of transmitting data and whether the necessary levels of encryption are in place. So, as companies invest in high-tech solutions to urban challenges, they must take account of the risks associated with obtaining and centralising large amounts of data.

As we move into an era where huge importance is placed on the sustainability of cities, companies are presented with an unprecedented opportunity to influence the direction of urban development.

Technology in the form of the internet of things is moving cities towards smart solutions which positions businesses at the centre of sustainable solutions to the challenges of growing cities worldwide.

However, to prosper from this changing environment, companies must navigate their position carefully to account for the new risks that technology has brought or they leave themselves open to criticism.