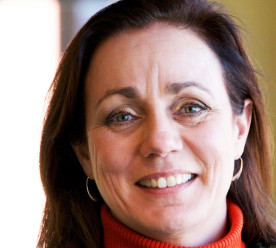 Water for all: how to ensure we leave no one behind

Water is an essential component of human lives and livelihoods, and key to economic growth, health, food, energy and ecosystems which many people take for granted. When it comes to water, most people don’t know what they’ve got ‘til it’s gone – yet we are already facing a water scarcity crisis.

India is a prime example of water’s potent role. The people of this burgeoning economic superpower lack reliable 24/7 access to municipal tap water. Almost 600 million people face high to extremely high water stress. Groundwater levels are dropping faster in northwestern India than anywhere else on Earth, in part because farmers with subsidised electricity and no water-use restrictions pump as much groundwater as possible. More than 100 million people live in areas of poor water quality.

While water stress affects everyone in India, its consequences hit India’s poorest people with far more impact than the country’s richest residents and larger industrial users, who often have enough economic and political clout to ensure prioritised supply.

Water stress has global impacts: lack of sufficient clean water for rich and poor destroys ecosystems on which we depend, causes economic distress and exacerbates poverty. From northern China to California  to Australia, Sao Paulo, Brazil, Spain and beyond, water is already a precious and often scarce resource.

In the coming decades, water-related risks are projected to increase as climate change and socioeconomic development accelerate. Globally, 2 billion people will face absolute water scarcity in 2025, which threatens to impede, if not reverse, development gains made during the past several decades. As with climate change, the poor contributed least to this problem, and are least able to cope with the impact.

September’s summit on the Sustainable Development Goals (SDGs) give leaders and citizens of the developed and developing worlds a significant opportunity to unite and take transformative action. While poverty eradication justifiably remains the spinal cord of the post-2015 development agenda, water should be running through its veins.

Tackling an issue as complex and multifaceted as water can be intimidating at first glance. But a data revolution is underway that makes water-related challenges more solvable than ever before.

For instance take the India Water Tool, an interactive, online portal to a vast amount of detailed water data for India. Companies, governments, civil society groups, researchers and others can analyse groundwater and surface water quantity and quality, projections for water supply and demand, and more, drawing on Indian government data and global satellite data, all in one easy-to-use website.

So what will it take to translate this increasingly detailed, useful information into change on the ground for those who need it most?

The most effective solutions are universal: they connect the people most affected by a particular problem from the beginning with the most powerful players in a given area.

Many water-related issues – particularly sanitation, access and availability in rural and urban populated areas – have a more acute effect on the world’s poorest. Any solution will, therefore, fail without regular participation from those groups.

Environmental democracy is imperative. Such processes link the (traditionally) least-represented groups associated with water challenges, including the urban and rural poor, to decision makers and other water user groups, such as thirsty yet powerful industries like energy and agriculture. Access to information, inclusive and participatory decision making and access to justice are key elements to ensure a more equitable distribution of scarce natural resources such as water.

But Leave No One Behind also requires buy-in from the developed world, considering the hidden volume of water used to produce what we buy. Every time India exports a kilo of basmati rice, they export 5,000 litres of water. Through global supply chains, middle class consumers are now inextricably linked with water stress in other parts of the world. Beyond much-needed financial and technical support, poverty eradication requires a conscious effort in the developed world to reduce the water footprint in everyday life.

The SDGs are a powerful platform to set the global agenda among governments, development agencies, multinational corporations, institutional investors and civil society groups to sustainably and equitably manage the world’s water.

As environmental and development professionals, we must make a constant effort to engage the developing world’s most vulnerable populations. As individuals, we too can and must play a part. While we are part of the solution, the solution must be owned by those we aim to serve.

Like any global issue, water-related crises will only be solved through long-term approach aimed at changing the political economy and giving the poor a voice in determining their future, and our behavioural change giving the poor a chance. Perhaps in 15 years, rather than taking water resources for granted, we will take for granted the fact that the world’s richest and poorest in developed and developing countries alike are working together constantly to minimise water-related risk around the world.

This article is republished with permission from Post2015.org, a site facilitated by the Overseas Development Institute.