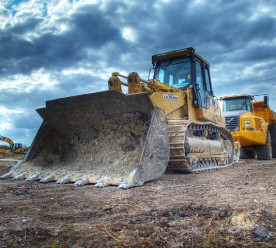 The 193 United Nations member states agreed on Sunday on an agenda for the world’s sustainable development over the next 15 years. It pledges to leave no-one behind and is now due to be formally adopted by world leaders at a summit in September. After two weeks of final negotiations and several all-night sessions, the sustainable development agenda of 17 goals along with a declaration that covers implementation and review were agreed to replace the eight Millennium Development Goals. Meeting the goals would cost between $3.3 trillion and $4.5 trillion a year in state spending, investment and aid, analysts say. More than 100 countries agreed on a framework in Ethiopia last month to bankroll the goals by mobilising domestic resources such as taxes, leveraging private investment and channelling foreign assistance. (Reuters)

Forest Stewardship Council (FSC) certification can provide net cost-benefits to forest operators, according to a new report from the WWF released today. The report found that forest producers can benefit significantly from attaining FSC certification, which ensures that products come from well-managed forests that provide environmental, social and economic benefits. The business case for the decision to pursue FSC is made clear in the report, with companies earning an extra $1.80 for every cubic metre of FSC-certified wood product. The study found that companies earned more due to increased efficiency, price premiums and financial subsidies for sustainably sourced timber. The business case was particularly strong for tropical operations, which experienced significant gains following FSC certification. (Edie)

Microsoft has overhauled its programme for promoting diversity at the law firms it works with, to promote higher representation for lawyers of different minority groups in the firms’ leadership ranks. The company’s Law Firm Diversity Program has been changed to offer bonuses to law firms it works with, based on how many attorneys in positions of power are female, from racial and ethnic minorities, openly LGBT, people with disabilities or military veterans.  Microsoft started the programme 7 years ago, and originally offered firms a 2 percent bonus on their billings if a set percentage of the hours they billed were worked by diverse attorneys. The company found that the programme encouraged firms to put diverse attorneys to work on its projects, but Mary Snapp, a corporate vice president, said that shift didn’t drive much firm-wide change. (PC World)

The federal court of Australia has overturned government approval for the construction of one of the biggest coal mines in the world, planned by Adani Group. The company declared on Wednesday that the move to set aside the previous decision was due to a technical error made by Australia’s department of environment and that a reconsideration of the application for approval was a “regrettable” error. The Indian company’s proposed USD$12 billion Carmichael coal mine and rail project has become a potent symbol of the battle between environmentalists and the fossil fuel industry. The project is near the Great Barrier Reef, and conservationists have warned of damage to the ecosystem of the world heritage-listed site. (FT)*