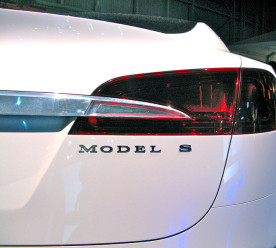 Indian rapper Sofia Ashraf has released a new song in which she accuses Unilever of failing to compensate former workers who claim their health has been adversely-affected by mercury contamination. Put to the beat of one of Nicki Minaj’s songs, “Kodaikanal Won’t” recalls the story of a thermometer plant which closed in the southern state of Tamil Nadu in 2001. Hindustan Unilever closed the plant when Greenpeace and other groups made it aware of mercury contamination, but it disputes claims of health impacts, including 45 deaths. Ashraf, who also criticised Dow’s response to the Bhopal disaster in a previous rap, created the song as part of a wider social media campaign, which includes a petition signed by 20,000 people, calling on Unilever to “take responsibility”. (The Independent; New York Times)

Anti-deforestation campaigns group Forest Heroes said in a statement last week that the world’s largest coffeehouse chain may have scored high on selling beverages produced at ethically-run farms, but it has yet to implement a sourcing policy that ensures the ingredients of its baked products are from responsible palm oil plantations. Forest Heroes and consumer movement SumOfUs have urged Starbucks to put in place a clear palm oil sustainability policy. The coffee giant said in April this year that it has achieved 99 percent of its goal to source coffee from farming communities that are managed ethically. About 170,000 consumers globally have already signed petitions at the SumOfUs website, calling on Starbucks to follow other US food chain giants which have committed to a zero-deforestation policy. (Eco Business)

Child Labor Free, a new foundation based in New Zealand, has introduced a labelling system that hopes to be able to certify clothing as free from child labour. Brands that sign up to the fee-paying accreditation system provide information about their manufacturing, components and sourcing, as well as evidence that they do not use child labour. Child Labor Free states that the frequency of unannounced factory inspections “will depend on the specific circumstances of each company, the local laws in place and determined levels of risk for each location.” But campaigners have expressed doubt whether child labour can be prevented through auditing. Simon Steyne, of the ILO’s International Programme on the Elimination of Child Labour, stated that “the best guarantee against child labour is an independent trade union presence in a workplace and a collective bargaining agreement.” (The Guardian)

US President Barack Obama is due to unveil what he called “the biggest, most important step we have ever taken” in tackling climate change. The aim of the revised Clean Power Plan is to cut greenhouse gas emissions from US power stations by nearly a third within 15 years, placing significant emphasis on wind and solar power and other renewable energy sources. Advisers say the president has come to see climate change as central to his legacy. However, opponents in the energy industry have vowed to fight the plan. The revised plan will aim to cut carbon emissions from the power sector by 32 percent by 2030, compared with 2005 levels. Each US state will have an emission-cutting goal assigned to it and must submit a proposal to the Environmental Protection Agency on how it will meet the target. (BBC)

US auto makers have been laying the groundwork to seek relief from regulators on lofty fuel-economy targets. But Tesla Motors is rowing in the opposite direction, saying it wants to make the rules even tougher. The Silicon Valley electric-car maker is preparing to make a public case this week for leaving mileage and emissions regulations intact, or making them even more stringent, a Tesla executive said. The company also will fight to keep other auto makers from loosening regulations in California, which has more ambitious targets than the federal government. US fuel-economy targets call for manufacturers to sell vehicles averaging 54.5 miles a gallon by 2025. Tougher regulations could benefit Tesla, while challenging other auto makers that make bigger profits on higher-margin trucks and sport-utility vehicles. (Wall Street Journal)