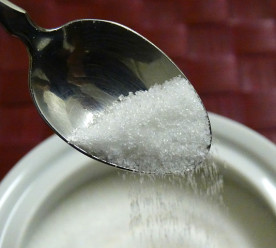 The world’s largest cable and telecoms company, Liberty Global, has announced savings of $325 million in 2014 thanks to an ambitious environmental programme. The company, whose brands include Virgin Media, Ziggo, Unitymedia, Telenet and UPC, released its 2014 CR Report on Monday, revealing a 31 percent improvement in carbon efficiency and 34 percent improvement in energy efficiency. The savings put the company well ahead of its key environmental goals, with financial savings growing by 15 percent in 2014. The improvements were primarily achieved through continued investment in new network technologies and the optimisation of energy use at data centres, as well as the production and procurement of renewable energy. Liberty Global’s rivals have also embarked on successful green initiatives, with BT cutting energy consumption by four percent year-on-year, and Sky reducing weighted emissions by 40 percent since 2009. (Edie)

Tesco has announced plans in the UK to replace sugary drinks aimed at children with no-added-sugar alternatives, which could best-selling products such as Ribena and Capri-Sun disappearing from shelves. A Tesco spokesperson said: “This is part of our 10-point plan against obesity and we have decided that from September we will only sell no-added-sugar drinks in the kids’ juice category”. The move is Tesco’s latest response to growing pressure from campaigners pressuring supermarkets to tackle the issue of obesity. The firm also banned sweets and chocolates from its checkout displays last year, and pledged to replace the items with healthy alternatives. Health food campaigners have welcomed the plans, but some consumers are unhappy with the decision.  (The Independent)

Businesses are being invited to measure and reduce their water footprint, following the introduction of a pilot certification and labelling scheme by the Carbon Trust. The pilot project will analyse the life cycle water use of different products and allow firms to highlight their efforts to curb water use. Businesses will be awarded “measuring” or “reducing” certifications based on their record of curbing water use throughout their operations and supply chain, and will also be made aware of potential energy and water efficiency improvement measures, as well as future regulatory or supply chain risks. The Trust argues businesses will be central to combating water scarcity worldwide, with agriculture accounting for more than 70 percent of global freshwater use, and the manufacturing industry’s water demand anticipated to grow 400 percent between 2000 and 2050. (Business Green)

The Buksh Foundation, a non-profit organisation in Lahore, is training local women to help spread the benefits of solar energy throughout rural Pakistan. “Our target is to provide sustainable energy to far-flung rural off-grid areas of Pakistan and we especially want to empower women in these areas through the project,” said Fiza Farhan, CEO of the Buksh Foundation. Under the Foundation’s project, Lighting a Million Lives, women are given 50 solar lanterns to rent to others in their community. The one-time cost of around USD$5,500 to set up a solar charging station and set of lanterns is funded by donors. One local says she charges a daily rent of 4 rupees ($0.04) per lantern and earns around 5,500 rupees ($54) each month. Villagers can also charge their mobile phones at the solar station. The foundation has so far installed solar charging stations in 150 off-grid villages around the country and plans to reach 4,000 villages by 2017. (Thomson Reuters Foundation)

Researchers in the University of Texas at Austin are a step closer to commercialising smart windows that can selectively let in light and heat. The researchers in 2013 developed a smart glass that could switch between blocking light, heat or both using a small jolt of electricity. Now they have further refined the development with a new “cool mode” and “warm mode”, enabling the blocking of 90 percent of near-infrared light and 80 percent of the visible light from the sun. Furthermore, it takes only minutes to switch between modes, whereas in 2013 it required hours. The researchers are now working on a low-cost manufacturing method. The development of the “nanostructured architecture for electrochromic materials” could reduce energy costs associated with cooling buildings and homes in summer, the researchers said. (Eco-Business)