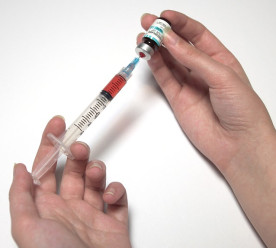 Domestic firm CNP Exploration Mining and Import-Exports Company (CNP) is operating a copper mine in northern Laos’ Oudomxay province which residents believe is polluting their local environment and destroying their livelihoods. A resident of Sawang village, who confirmed they had been digging for copper in the area and ruining the local water, stated: “No fish can be found, the company is cutting all of the big trees in the area, and erosion is destroying local stream banks”. According to an official report detailing mine operations in Oudomxay between 2013 and 2014, provincial authorities granted CNP a 3 square kilometer concession to mine zinc in. According to CNP’s website, the company was granted a “prospecting and exploration” license for three mining projects related to copper, iron and zinc in the province in 2004. But a local official confirmed reports that CNP was mining copper and cutting area timber, and said the firm was also operating far beyond its concession boundaries. (Eco-business)

The world’s first malaria vaccine has been given the green light by European regulators and could protect millions of children in sub-Saharan Africa from the life-threatening disease. The shot has been developed and funded by Britain’s biggest drugmaker GlaxoSmithKline (GSK) who pledge they will make no profit from it. It is further supported by grant monies from Bill and Melinda Gates Foundation. It has taken 30 years to develop the vaccine, at a cost of more than USD$565 million (£364 million) to date. The European Medicines Agency (EMA) recommended that RTS,S, (also named Mosquirix), should be licensed for use in young children in Africa who are at risk of the mosquito-borne disease. It will now be assessed by the World Health Organisation (WHO), who will decide in October whether the vaccine should be deployed. According to the WHO, 627,000 deaths from malaria were reported globally in 2013, of which the vast majority (562,000) occurred in Africa, mostly among children under the age of five (82 percent). (The Guardian & BBC)

British catalogue retailer, Argos, has launched a new tech trade-in service, designed as an easy way to help shoppers tackle e-waste and deal with unwanted gadgets lying around the house. From today shoppers can take their old mobile phones and tablets into any Argos store and redeem them for an Argos gift card. Meanwhile, the old gadget will be refurbished and re-sold. The initiative – the first of its kind from a general retailer in the UK – aims to address the USD$19 billion “tsunami” of e-waste produced each year. Around 41 million smartphones and computers are dumped in landfill every year, according to UN figures, often leading to pollution of soils and water tables and resulting in millions of dollars’ worth of raw materials being lost. The scheme was developed in association with waste advisory charity WRAP. Marcus Gover, director of WRAP, said Argos’ initiative will help shoppers quickly and simply realise some of this value, while maximising resource use. (Business Green)

Insurance giant Aviva has announced a target to invest £500 million every year for five years in renewable energy and energy efficiency. The announcement of £2.5 billion worth of investment will yield high carbon savings for the insurance firm. An Aviva-commissioned report by The Economist Intelligence Unit, which investigates the economic risks of climate change, estimates that asset managers could expect losses of up to USD$7 trillion if global warming does result in an increase of five degrees. It added losses of USD$13.8 trillion to be expected if global warming was allowed to reach six degrees. The report says the asset management industry is at severe risk of losses from climate change risks such as floods, droughts and extreme weather as well as economic problems and long-term instability. It adds that carbon pricing is crucial to addressing the threat of climate change. (Edie)

Internet companies may have to provide more information on people and businesses who sell goods and services online, in a crackdown on tax evasion. HM Revenue & Customs (HMRC) wants to target businesses that have failed to register for tax, and individuals who fail to declare the money they make online. It said this “hidden economy” could equate to £5.9 billion a year in tax. HMRC has launched a consultation on extending its powers to collect extra data from firms and individuals. No specific firms have been named, but sellers on internet marketplaces such as online advert site Gumtree, holiday home rental site Airbnb and e-commerce giant eBay could be among those targeted. In the consultation document published online, HMRC said data played a key role in enabling it to detect those not paying tax. Existing laws allow HMRC to access certain data, but it wants to broaden its scope. It said it would not seek to find out what people bought online, but rather what was sold and not declared. (BBC)