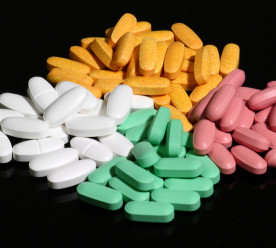 More than 65 mayors from around the world pledged on Wednesday to implement the United Nation’s Sustainable Development Goals (SDGs) in their cities and to combat global warming, saying society was facing numerous threats. The mayors signed a pledge at a Vatican-hosted conference where participants included New York’s Bill de Blasio, Anne Hildago of Paris as well the mayors of Rio de Janeiro, Stockholm, Johannesburg and Mexico City. Meeting the SDGs by 2030 is estimated to cost the world between US$3.3 trillion and US$4.5 trillion a year, while combating climate change and adapting to its effects will cost poor countries an estimated US$100 billion annually. The mayors pledged to promote the success of the SDGs in their cities and to form the Urban SDG Alliance committed to sustainable development. (Reuters)

Investors back campaign for more transparency in the pharmaceuticals industry

BNP Paribas and Aviva Investors are among 85 global investors urging drug makers to open their clinical trial data to more scrutiny. The investor coalition, with a combined €3.5 trillion under management, has agreed to work with the UK-based AllTrials campaign, which is backed by the British Medical Journal. Pharma companies have faced growing pressure to be less secretive about their research, amid concern that data are skewed to exaggerate the benefits of drugs and play down side effects. Helena Viñes Fiestas, head of sustainability research at BNP Paribas, said open access to clinical data was as important for investors as for doctors and patients, because trial results heavily influence the way that drug companies are valued. Results from about half of all clinical trials have never been published – and those with negative results are twice as likely to have gone unreported. (FT*)

Only 19 percent of Hong Kong companies disclosed their greenhouse gas emissions in 2013, a figure well below the global disclosure rate of 45 percent. Hong Kong-listed companies have improved slightly in their carbon disclosure rates but still fall far behind their international peers, a new study published by environmental consultancy Trucost, has found . The report found that the rate of carbon disclosure among 100 companies listed on the Hong Kong Stock Exchange (HKEx) grew from 15 percent in 2011 to only 19 percent in 2013. It noted that investors want companies to be transparent on how they are managing risks and progressing towards sustainable growth. It notes that the cost of carbon reporting is relatively insignificant, and often outweighed by benefits such as savings from energy efficiency. (Eco-Business)

New York state fast food workers’ wages will rise to $15 an hour by 2021, after a state wage board unanimously recommended the increase. New York City workers will be the first to benefit, with the increase due to be in place by the end of 2018. The state minimum wage is currently $8.75. New York mayor Bill de Blasio said he would now push for every worker in the city, not just fast food staff, to get a higher salary. The move is expected to affect around 180,000 workers employed in the fast food industry in New York state. The decision follows similar minimum wage increases in other US cities, including Seattle, San Francisco and Los Angeles, following strikes and protests by workers. However, restaurant owners warned that the increase would force them to either reduce their staff numbers or increase menu prices. (BBC)

The United Arab Emirates is to end billions of dollars’ worth of petrol subsidies in a bid to strengthen the Gulf state’s finances and limit spiralling car usage in the country. The UAE has one of the highest per capita greenhouse gas emission rates in the world. Oil-dependent economies in the Gulf have come under pressure from the International Monetary Fund (IMF) to reduce fuel subsidies. The IMF says petroleum subsidies in the UAE amount to US$7 billion a year, and are part of a package of energy subsidies that total US$29 billion, or 6.6 percent of GDP. The UAE said a government-appointed committee would set petrol prices in accordance with global oil price benchmarks, from the beginning of next month. Suhail al-Mazroui, the minister of energy, said an end to fuel subsidies would decrease consumption and encourage the use of public transport and fuel-efficient vehicles. (FT*)