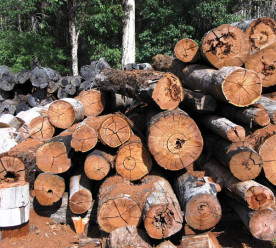 Subsidies for many new small scale solar farms are to end by 2016 under plans published by the UK government. The government says the move is necessary to protect consumers. In response, the solar industry said subsidies were one of the cheapest ways that the government could meet its climate change targets. However, under the government’s plans, so called “small scale” solar farms will no longer qualify for support under a key subsidy mechanism – the renewables obligation. The Solar Trade Association (STA) says the industry accounts for just 6 percent of funds paid out under the renewables obligation. Subsidies for large scale solar farms were cut in January. Energy Secretary Amber Rudd conceded that subsidies to the nuclear industry, such as those planned for Hinkley Point, would exceed those going to solar, but she said that nuclear provided “a different type of electricity”. A spokesperson said the plans have the “potential to put jobs and investment under threat by reducing subsidies to projects already in the pipeline”.  (BBC)

The World Bank has held its first methane-reducing auction, where it is piloting the idea of paying businesses that capture and reuse the gas. This first round focuses on reducing methane emissions from landfills, wastewater treatment plants and agriculture. In the online auction, 12 of 28 bidders won, ranging from multinationals to small, local businesses. Winners receive a price guarantee based on performance, and how much methane they capture and reuse. They are paid with carbon credits, which can be used or traded, after independent auditors verify emission reductions on the ground. The US, Germany, Sweden, Switzerland together are contributing over $50 million for the methane auctions and the World Bank is aiming to fundraise to double that. A recent World Bank report stated that getting prices and incentives right is crucial for successfully getting emissions to zero by 2100. (Sustainable Business)

Businesses are making positive steps towards a zero-deforestation future, according to the latest ‘timber scorecard‘ published by WWF-UK. The construction industry came out particularly strongly for its use of timber resources with Travis Perkins, Mace, Saint-Gobain and Carillion all scoring the maximum ‘3 trees’ on the WWF-UK rating. The report analysed more than 100 businesses to see if they presented transparent information when reporting their use of timber. Of the 100 companies surveyed, 22 scored ‘3 trees’ and a further 22 scored 2 trees. However, 74 out of 128 companies scored zero or one tree, suggesting limited or no action being taken to ensure the timber products they sell do not contribute to illegal logging or deforestation. Sainsbury’s, Morrisons, Macmillan Publishers and Marks and Spencer were also among the major brands to receive the top ratings from the WWF. (Edie)

Recession cut US emissions, rather than falling coal use

Researchers say it was the economy rather than the replacement of coal by natural gas that drove the recent drop in US emissions of the main greenhouse gas. Between 2007 and 2013 emissions of carbon dioxide from fossil fuels burnt in the US fell by about 11 percent, and many analysts credited this to a change from coal to natural gas in electricity production. But new research says it was the economic recession that explains most of the decline, and more extensive use of natural gas may not do much to slow global warming. Natural gas emits half as much CO₂ as coal when used to make electricity,” says research professor Laixiang Sun, who conducted the study with colleagues from the University of Maryland. But that is only part of the story, he says: “This calculation fails to take into account the release of methane from natural gas wells and pipelines, which also contributes to climate change.” (Climate News Network)

A new partnership between Community Shop and the charity Food Cycle is set to prevent more food waste while providing social benefits to deprived areas. The collaboration between the UK’s first ‘social supermarket’ and the food surplus charity will see the launch of FoodCycle Hubs in each of the Community Shop’s stores, where volunteers will cook meals for the local community at no cost. The local stores will prepare meals for up to 40 of each shop’s members. The Community Shop was launched in 2013 and now has two stores. Food is sold to community members at around a third of the price of standard shops. Leading retailers and supermarkets supply surplus products to the shops, which also offer local community advice, such as CV-writing and job interview practice. Other larger retailers including Tesco, Sainsbury’s, Asda and the British Retail Consortium recently agreed at the Fairshare Food Surplus Summit to tackle food waste through redistribution to charities. (Edie)