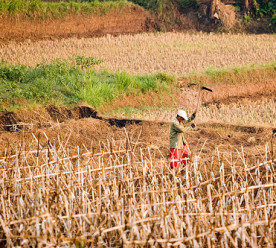 This week, tackling climate change has been a highly debated topic at the UN-backed Financing for Development conference in Addis Ababa, ahead of the international conference in September where world leaders will agree on the UN Sustainable Development Goals. “Putting a big fat price on carbon dioxide and other emissions is imperative,” Ángel Gurría, Secretary-General of the OECD, told delegates. “We’re all over the place, we’re still subsidising the enemy… We need to face up to fossil fuel subsidies.” Much attention has gone to ensuring that rich countries meet their commitment to provide US$100 billion a year by 2020 to the UN-backed Green Climate Fund. So far, only around US$10 billion has been pledged. But some observers warn that increased pledges could come at the expense of other foreign aid commitments, at a time when the impacts of climate change mean that developing countries are likely to need extra support. (RTCC)

Lloyds Bank is to “derecognise” its biggest union, which represents more than 25,000 staff, in a remarkable breakdown in industrial relations at Britain’s biggest retail bank. Lloyds Trade Union (LTU), which has represented staff for more than a century, has accused the bank of seeking revenge following recent actions by the union. The LTU strenuously opposed changes to the Lloyds pension scheme, calling an industrial ballot, and has won millions of pounds for 10,000 female staff following a lengthy legal battle. The derecognition of the LTU has won the endorsement of Unite and Accord, the two other unions formally representing staff at Lloyds. In future, LTU will be excluded from formal negotiations over pay and conditions at the bank, although it can continue to represent individual members of staff. (The Guardian)

Greenpeace has released its 9th “Carting Away the Oceans” report on US grocery chains’ seafood policies. The report ranks retailers on four key criteria: policy, initiatives to promote seafood sustainability, labelling and transparency and red list inventory (the amount of clearly unsustainable seafood species that a company sells). Whole Foods ranked first place for the third year in a row, achieving its highest ever score. Besides its commitment to selling sustainable seafood across all departments, the company also scored highly for its advocacy efforts—calling on the US government to enforce laws against illegal, unreported and unregulated fishing. 80 percent of retailers received a passing score, with only five companies – Southeastern Grocers, Roundy’s, Publix, A&P and Save Mart – receiving a “failing” grade from Greenpeace. (treehugger)

After a three-month study, the UK’s Competition and Markets Authority (CMA) has found examples of supermarket pricing that “could be in breach of consumer law”. The investigation came after a complaint by the consumer group Which? Among the potentially misleading practices found by the CMA were unit pricing, where products are priced per gramme or per litre, and reference pricing, where a new discounted price is compared to a price charged previously. The CMA said that out of 150,000 products it examined, 800 products had potentially misleading prices, adding that retailers are generally taking compliance seriously. It said it will now be talking to businesses in more detail about the problems, and issuing fines where necessary. The supermarket industry said it accepted that the guidance on promotions needed updating.  (BBC)

Thailand is suffering from the worst drought in decades

Thailand is experiencing its worst drought in decades, with seven out of 67 provinces affected and water rationing taking place in almost a third of the country. Thailand’s Irrigation Department said that the amount of usable water in dams across the country is less than 10 percent and Bangkok tap water production has been slowing down since May. The drought is taking its toll on the country’s rice farmers, who usually plant their paddy in June or July. Because of critical water shortages, the Agriculture Ministry has asked farmers to delay planting until August. According to Thailand’s Office of Agricultural Economics, the delay could cost farmers in Thailand’s central plains $1.8 billion in losses and leave them with significant debt. Thailand is one of the world’s top producers of rice, exporting more than 10 million tonnes annually. As a result of the drought, the Thai government has lowered its forecast rice exports for this year by 2 million tonnes. (Time)