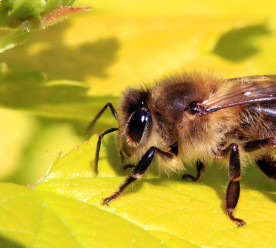 This week, LEGO Group announced an investment of 1 billion Danish Kroner (~US$152 million) in the research, development and implementation of sustainable raw materials to manufacture LEGO toys and packaging materials. “We have already taken important steps to reduce our carbon footprint and leave a positive impact on the planet by reducing the packaging size, by introducing FSC-certified packaging and through our investment in an offshore wind farm. Now we are accelerating our focus on materials,” said CEO and president Jørgen Vig Knudstorp. In 2012, the LEGO Group first shared its ambition to find and implement sustainable alternatives to the current raw materials used to manufacture LEGO products by 2030. The Group will continue to collaborate with companies and experts on the task, including a new collaboration with WWF, launched this Spring. (Sustainable Brands)

A new report argues that a sustainable future needs new business models that are more financially sound in the long-term. The forthcoming report by SustainAbility tells the stories of four multinational companies that have shifted their business models for a sustainable future: can manufacturer Novelis, which switched to sourcing recycled aluminium; Starbucks, which realised that green building provided more value to numerous stakeholders; paper company Fibria, which acknowledged the opportunities in using forests and land assets differently; and agrochemical company Syngenta, which changed its sales approach to focus more on what farmers needed to capture extra value from their yields. The report recognises that the link between sustainability and financial gain is often murky. Part of the appeal of system-level transformations, the report argues, is reconsidering the economic landscape so that new, radical and more sustainable developments also make financial sense.  (Guardian)

Go home before midnight, and don’t come back before 7am, interns at Goldman Sachs – one of Wall Street’s toughest firms – have been told. The new rules, introduced for this summer’s crop of investment banking interns, have been introduced “to improve the overall work experience of our interns”, a Goldman Sachs spokesman said. All of its summer interns across the world were informed of the new working hours rule on their first day in the office earlier this month. Wall Street’s shift to ‘caring capitalism’ comes in the wake of the death of a 21-year-old Bank of America Merrill Lynch intern who had regularly pulled all-nighters in a desperate bid to impress his bosses. Moritz Erhardt was found dead in the shower in London in 2013 after working 72 hours straight. (Guardian)

Officials in Brussels have announced a series of measures designed to stamp out the toxic culture of secret, ‘sweetheart’ tax deals for multinationals. Among the measures is an official blacklist of the world’s 30 “worst-offending” tax havens, identified by all member-states. The European Commission has also announced a consultation on the extent to which corporations’ tax arrangements should be made public – a key demand of many campaign groups. At the heart of the proposals is an outline of rules to standardise the way multinationals’ taxable profits are apportioned between countries. Tax campaigners, however, were quick to raise concerns that the “watered down” proposals could merely open up new opportunities for tax breaks. Meanwhile, the tax haven blacklist has been criticised for omitting EU members – meaning that it does not include countries such as the Netherlands, Ireland, or Luxembourg, which are currently under investigation by European competition authorities. (Guardian (1,2))

Bees contribute more to the Britain’s economy than the monarchy, new figures show. Researchers at the University of Reading estimated the overall value of the pollinators by examining how heavily food crops rely on bees to grow, and how much the sale of these crops contribute to the UK economy. They found that bees contribute £651 million annually to the UK economy, £150 million more than the Royal Family brings in through tourism. The figures show that bees’ economic value has almost tripled since 1996, as the value of crops such as apples and strawberries has increased. The UK government is currently reviewing whether to lift a ban on neonicotinoid pesticides, which are suspected of causing colony decline in bees. More than 364,000 people have signed a petition calling for Environment Minister Liz Truss to veto farmers’ requests to use the pesticides on oilseed rape this summer. (Telegraph)