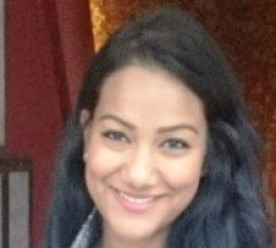 Can the circular economy work in the developing world?

The circular economy is usually discussed in terms of adapting existing linear models in the developing world. Yet the opportunities offered by circular models may be far greater for developing countries, writes Arpita Raksit.

For the past few years the circular economy has been high on the western sustainable development agenda, with leading companies such as Phillips, HP and Coca Cola all transitioning from the linear industrial model of ‘take, make, waste dispose’ towards models which turn the idea of waste on its head. Key drivers for this include converging global megatrends such as resource scarcity, population growth and the prolific impact of technology.

With the UN Climate Change conference (COP21) and the official launch of the Sustainable Development Goals (SDGs) just around the corner, is there a case for circular economy principles to be applied to developing markets?

The application of the circular economy requires us to a) rethink about the way we currently consume products and services, favouring access over ownership; b) reuse materials through exchanging, cascading and recovering raw materials throughout their lifecycle; and c) redesign waste out of the industrial economy – designing goods and services that can be easily broken down and transformed, or designing business models which minimise the need of physical demand for goods in the first place.

For the circular economy to work, countries need to break away from building a stock of material and resource towards adopting a mindset based on sharing, adapting and a continuous flow of goods and services. Many developing economies, which have grown up with the reality of resource scarcity, are already capitalising from such mindsets. In India for example, the concept of ‘Jugaad Innovation’ has helped entrepreneurs profit from frugal innovations – such as the clay pot refrigerator that uses evaporation instead of electricity to cool food that would otherwise go to waste. As author and strategist Navi Radjou puts it, “The circular economy is already a reality there, and it has been for centuries”.

The lack of legacy infrastructure means that much of the developing world may already have an economic advantage in starting from carte blanche, compared to developed markets where industrial linear ‘lock in’ presents a significant barrier to change. Leading companies such as SABMiller are taking a systems-level approach to designing out waste – indicating imminent pressure from the developed world to integrate sustainable practices in developing market production systems. With the benefit of hindsight, developing markets can learn from past failures of the linear model, helped by a surge of interest from leading global corporates.

As many developing economies experience population growth, they are also experiencing rapid rates of urbanization. It is estimated that 1.5million houses will need to be built in Nigeria per year in order to meet this demand, making them the fifth largest housing market globally. This will place pressure on housing, transportation, health and education – where constructing the built environment with principles of rethink, redesign and reuse presents an ideal opportunity.  Adoption of low carbon technologies would help with energy and resource efficiency, while sourcing of smart materials would help extend the life of buildings or create resilience through more adaptive infrastructure.

Recent UN estimates suggest that investment in agriculture of $83 million a year is necessary in order to feed 9.1 billion people in 2050. In many parts of the developing world, unsustainable farming practices coupled with land and water shortages add to the case for a ‘biomimetic’ approach. “Conservation Agriculture” has slowly gained momentum among agronomists who are realising the natural virtues of non-tillage. Similar agricultural innovations include the system of rice intensification (“SRI”), a method which drastically saves the need for water in rice cultivation that has at the same time seen farmers in Bihar, India increase profits by 250%. The Dike pond system, where water and land synergies create food and bioenergy for an entire ecological system, has been adopted in China for decades, and is another method of pursuing a circular economy where no food goes to waste. As food security risks deepen, the case for the agricultural sector to adopt similar circular approaches is strengthened.

Renewable energy is the world’s fastest growing energy source, with growth of wind, solar and hydro power in developing markets leaping ahead of the developed world. The global push to reduce carbon emissions and combat climate change presents an economic advantage to developing markets, who may be able to design industrial systems that are powered by renewable energy from the outset – as opposed to shouldering the expense of retro-fitting energy inefficient systems.

For some time now, the growth of ICT- enabled services has been shaking up developing markets. In many parts of Africa, Asia and South Africa, Pay as you Use or Kiosk-based business models utilised by companies such as M-PESA, and E-Choupal facilitate the circular economy by providing access to services without the need of ownership. M-KOPA Solar, for example, sells electrification systems for as little as $1.50 per month. Not only are such technologies enabling affordable access to previously unmet needs, but they are also reducing the reliance on resource consumption through provision of responsive, individualised services. Looking forward, many have tipped the commercialisation of 3D printing in developing regions as a game-changer for this reason alone. Such examples indicate that circular thinking is already culturally embedded in developing economies, positioning them ahead of many developed economies where consumer behaviour change towards a service-based or self-sufficient economy is still a significant challenge.

Barriers to the circular economy in developing markets

Developing countries face distinct challenges to creating a circular economy. These include:

As developing countries become more integrated in the global economy, many are well poised to adopt circular economics. While in industrialised nations the focus in building the circular economy is through optimising existing systems, in developing markets it may manifest through sustainable development of nascent industries or enabling fairer distribution and access to resources.

International concern over dwindling resources is likely to continue rising this year. Measuring up the opportunity to the challenges, it is clear that adoption of the circular economy in developing markets will require multi-faceted levels of support – from investors, government, business and civil society.

Arpita Raksit is a Consultant at Corporate Citizenship.