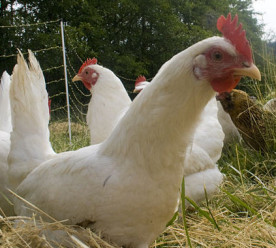 Global bank HSBC wrote to its clients last month in a private note seen by Newsweek that there is an increasing risk that fossil fuel companies will become “economically non-viable”. As a result, HSBC advised its clients to divest from fossil fuels because they may be too risky. “As rigs are dismantled, capex is cut and operating assets quickly become unprofitable, stranding risks have become much more urgent for investors to address, including shorter term investors,” it said. If investors fail to get out of fossil fuels, the bank says, they “may one day be seen to be late movers, on ‘the wrong side of history.’” Meanwhile, the Carbon Tracker Initiative has just published a “blueprint” for fossil fuel companies and their investors to adapt to a carbon-constrained world, advising oil companies to avoid high-cost, high-risk projects, and to diversify into lower carbon energy sources. (Time; Newsweek)

The working group revising the international environmental management systems standard ISO 14001 has finalised the technical requirements of the new standard, set for publication in September. ISO 14001:2015 contains significant changes to the 2004 edition, including requirements to: understand the strategic context of the organisation and the needs and expectations of interested parties; integrate environmental management in core business processes; ensure the reliability of information communicated; evaluate risks and opportunities, both to the environment and the organisation; take a life cycle perspective; and extent control and influence through supply chains and design processes. Significant additional emphasis is given to continual improvement of environmental performance. The International Accreditation Forum has set a three-year period for the 300,000 certificate holders worldwide to transition to the new standard. (Environmental Leader)

Tyson Foods, the largest US poultry producer, plans to eliminate use of human antibiotics in its chicken flocks by September 2017, one of the most aggressive timetables yet set by an American poultry company. The Arkansas-based chicken and meat company said it is working on ways to curtail such on-farm drug practices at its other protein businesses, which include pork and beef. The move marks the latest push by the livestock and food industries to reduce the use of antibiotics crucial to human health in meat production. Public health experts and federal regulators are concerned that routine feeding of antibiotics to animals could spur creation of antibiotic-resistant superbugs in humans, creating a health hazard. The shift away from human antibiotics in its poultry business is not expected to change Tyson’s costs. (Reuters)

Workers in green jobs have played little role in the UK general election campaign, though they have a large stake in it. Nearly a million people are employed in the UK green business sector, but few would realise it from the debates so far, according to The Guardian. When green issues have been mentioned, energy has been the clearest dividing line. Labour’s promise to freeze energy bills to 2017, if elected, drew the ire of the “big six” suppliers, with warnings that it would reduce their ability to generate green power, destroy investment and jobs and possibly lead to power cuts. David Cameron’s vow to end subsidies for onshore windfarms was attacked by renewable energy companies, many of which are small independents reliant on a clear pipeline of projects. The UK green economy has been showing resilient growth, contributing 8% of GDP in 2012. (The Guardian)

Norwegian social delivery service, Nimber, is offering the UK’s small to medium enterprises a new approach to their logistics needs through its social delivery service. Nimber offers an alternative to expensive courier and other delivery services, allowing SMEs to send any item through a reliable and personal delivery service using its community of “bringers” and “senders”. The service works by matching senders by using Nimber’s unique matching algorithms, to deliver the desired item. This system enables Nimber to make use of existing car and van capacity, by targeting journeys that are happening anyway.  Since 2013, in Norway the company has built a community with over 30,000 members and delivers over 10,000 packages per year, ranging from furniture to machinery, and items at the more unusual and eclectic end of the spectrum, such as treadmills and toilets. (Nimber)