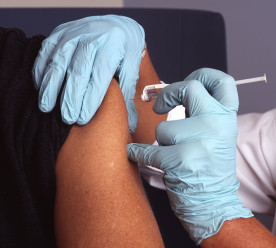 The UK’s Co-operative Bank has said it will not provide finance to payday lenders, some gambling firms or companies that do not “responsibly” pay tax in the UK, under a revamp of its ethical policy. The new pledges are based on the views of 74,000 customers and stakeholders. They form part of the first update to the bank’s ethical code in more than five years, and follow a series of high-profile scandals, including the discovery of a capital shortfall in 2013 which led to two investor bail-outs. The bank worked with the Institute of Public Policy Research and other bodies to consider its new ethical policy, which also encompasses existing priorities such as upholding human rights, protecting the environment and promoting animal welfare. Niall Booker, chief executive, said that the bank’s change in ownership structure had sparked concerns among customers that it would veer away from its previous ethical stance — and that this partly prompted the policy refresh. Since the ethical policy was introduced in 1992, the bank has turned down £1.4 billion of business on ethical grounds. (The Telegraph; Financial Times*)

L’Oréal Americas and labelling company Avery Dennison have joined forces to identify and reduce the environmental impacts of packaging labels throughout their lifecycle. The collaboration has already produced a comprehensive ‘Greenprint’ assessment showing how thinner label materials can reduce environmental impacts. This method guided L’Oréal in its decision to transition the labels for some of its leading products to Avery Dennison’s Global MDO substrate, which L’Oréal says has reduced environmental impacts from 7 percent to 19 percent across the categories of fossil material, water use, energy use, GHG emissions and solid waste. “Improvements in sustainability require collaboration across the value chain, including converters recommending the right material to brands,” said Rosalyn Bandy, Avery Dennison Sustainability manager, North America. “L’Oréal’s leadership in improving the environmental profile of packaging is driving the value chain to work closer together.” (Sustainable Brands)

In a new report on vaccine pricing, the volunteer doctors of Médecins sans Frontières (MSF) say pharmaceutical companies GlaxoSmithKline (GSK) and Pfizer should slash the price of a new vaccine to $5 per child in developing countries. At the moment, the two big pharmaceutical companies are the sole manufacturers of the pneumococcal vaccine, which now accounts for 45% of the cost of vaccinating a child in the poorest countries. “We have an irrational situation where some developing countries like Morocco and Tunisia are paying more for the pneumococcal vaccine than France does,” said Kate Elder, vaccines policy adviser for MSF. GSK says it is making the complex vaccine available at a heavy discount to countries eligible for support from Gavi, the vaccine alliance. However, MSF counters that middle-income countries ineligible for Gavi are increasingly struggling to pay, with more due to lose Gavi support next year because of their increasing per capita income. (The Guardian)

Wind farms could save Britain up to £7.4 billion in gas imports in 2030 if used to replace North Sea supplies, a new renewable energy industry-backed study has found. The Cambridge Econometrics report concluded the UK would have needed to import an additional £579 million worth of coal and gas in 2013 if it had not had access to power from its wind farms. The report predicts this figure could rise substantially over the coming years as gas production from the North Sea declines, increasing the UK’s reliance on imports. RenewableUK, the not for profit renewable energy trade association that commissioned the study, said it showed how wind power was helping to boost the resilience of the UK economy. “The costs for the entire life of a wind farm are known very early on, whereas the volatile price of fossil fuels can never be accurately predicted” said RenewableUK chief executive Maria McCaffery in a statement. (BusinessGreen)