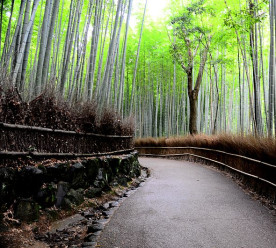 Troy Wiseman, chief executive of EcoPlanet Bamboo, founded the company to “solve the deforestation problems of the Fortune500 companies” by providing an alternative fibre for timber-based products. Bamboo reaches maturity within seven years and can be harvested every year after that. Moreover, it grows on marginal land, so does not compete with food production and requires very little fertiliser or water. The bamboo industry has previously centred on a patchwork of small farms that simply could not provide the security of supply or quality of product global companies required. Wiseman’s solution has been to industrialise the bamboo industry, but in a sustainable manner, providing 500 jobs for local workers, sequestering 1.5 million tonnes of carbon dioxide, and restoring thousands of acres of degraded land. The company has now leased 50,000 acres in Ghana and is primed to tap into a $10bn market which is likely to grow rapidly with increasing demand from retailers for more sustainable fibre-based products. (Business Green)

Sustainability standards Plan Vivo and Pur Project have produced a business guide on insetting, a potentially powerful concept that can benefit businesses and the environment. Instead of spending money on carbon offsetting it advocates for that money to spent on projects, within a business’s direct supply chain. For example, The Accor Hotel Group teamed up with Pur Project to help set up a female-run olive oil business in Morocco. “Women in the area can have trouble finding work,” says Herrmann, “so we provide the budget to plant the olive trees, the women transform the olives into olive oil, and part of the olive oil produced is sold back to our hotels.” The Body Shop, Ben and Jerry’s, Nespresso and construction firm Costain are just a few examples of companies now working on active insetting projects. (The Guardian)

Members of the Institution of Mechanical Engineers (IMechE) has launched the Chartered Environmentalist (CEnv) grade, in response to the “spectacular growth” in clean technologies. The expansion in demand for clean tech and low carbon infrastructure engineering skills has prompted several industry bodies to warn of skills shortages that could limit businesses’ ability to capitalise on the economic opportunities offered by the green economy. “These areas of expertise are set to become increasingly important in the years ahead as we get to grip with some of the big 21st Century challenges” said Dr Tim Fox, head of energy and environment at the IMechE. The move comes just weeks after the Institute of Environmental Management and Assessment (IEMA) launched a Sustainability Skills Action Plan designed to help businesses bridge the environment and sustainability skills gap. The campaign is backed by a number of high profile companies including Jaguar, Land Rover, WSP, Rolls-Royce, and EDF Energy. (Business Green)

Microsoft founder Bill Gates recently took a leap of faith when he personally put the latest technology for wastewater processing to the ultimate test, by drinking water produced from recycled human sewage. The OmniProcessor, designed and manufactured by Janicki Bioenergy, has the potential to address two urgent global issues simultaneously- sanitation and clean drinking water shortages. The firm’s founder, Peter Janicki, has travelled to countries such as Senegal and India where the technology could be a life-saving innovation. The project, funded by The Bill and Melinda Gates Foundation, aims to make it cheap enough for entrepreneurs to invest and generate profitable waste-treatment centres. Improving sanitation around the world is a key focus for the Gates Foundation with the launch of its ‘Reinvent the Toilet Challenge’. Meanwhile, Unilever has also taken on the issue, with ambitions to help 25 million people gain improved toilet access by 2020 as part of its Unilever Sustainable Living Plan.  (Sustainable Brands)

Farmers in western Poland are warning of civil unrest if a vast coalmine and power plant are given the go-ahead, with thousands of people at risk of being forcibly relocated. Experts say that 22 villages could be destroyed by the opencast mine proposed by Polish energy company PAK. Although the campaign has been a grassroots affair, 18 local companies are also supporting it, fearing crop production shortfalls, rising air pollution levels, and a drastic depletion of local water tables. Heinz, the region’s biggest employer, has been at the forefront of the corporate objectors. The firm’s factory in the area depends on local farmers’ crops for its products, a quarter of which are exported to other countries; with the UK as its main export destination. “The coalmine would negatively affect Heinz’s business activities as well as the entire economic ecosystem of the region,” said Leszek Wenderski, the factory’s quality manager. (The Guardian)