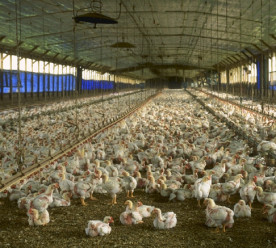 Two of the world’s biggest oil and gas groups are set to deploy artificial intelligence software to do the work of back-office accountants and call-centre workers. Baker Hughes, the oil services group, will start a trial in the coming weeks of a virtual assistant known as Amelia, which will answer queries about invoices and payments. Royal Dutch Shell will also begin piloting the software, built by US company IPSoft, to digest information on employee training. The company already uses software to monitor its rigs and automatically write safety reports. “It used to be ‘Let’s replace labour with cheaper labour’. Now it’s ‘Let’s have labour augmented by software’,” said Chetan Dube, IPSoft chief executive. However, there is increasing concern about whether intelligent systems will augment human abilities or render workers irrelevant. Recent research by Oxford Martin School and Deloitte suggested that half of all jobs in the US and a third in the UK could be automated in the coming decades. (Financial Times*)

Perdue Farms, one of the US’s largest chicken producers, has been hit by controversy after one of its farmers invited a film crew to document conditions at his farm. Craig Watts, a farmer who raises about 720,000 chickens each year for Perdue, contacted animal welfare group Compassion in World Farming (CIWF) after watching a Perdue promotional video stressing the company’s “humane” credentials. “It couldn’t get any further from the truth,” Watts said. A video produced by CIWF shows chickens suffering from loss of feathers, weeping sores, and genetic deformities due to unsanitary conditions, overcrowding and selective breeding. A spokeswoman for Perdue placed the blame for the situation on Watts, suggesting that the operator was probably mismanaging the chicken house. However, Watts, who has been raising chickens for Perdue since 1992, said he meticulously followed the company’s requirements. (The New York Times; Forbes)

Premier Foods, which owns some of Britain’s most popular food brands, including Mr Kipling, Oxo and Bisto, has been criticised for asking suppliers to hand over money or face losing business with the company. The Federation of Small Businesses (FSB) said Premier “should be ashamed of themselves.” The FSB also stated that while Premier was not the only company to ask its suppliers for such payments, it “is the first to make such an explicit link between payment and inclusion on supplier lists”. “Driving a hard bargain with your suppliers is one thing, but demanding a cash gift under the threat of delisting is downright unfair,” John Allan, national chairman of the FSB, said. Premier Foods told the BBC: “We launched our ‘invest for growth’ programme in July last year as part of a broader initiative to reduce complexity in support of plans to help turnaround the business. (The Telegraph)

India plans to spend 20.5 billion rupees ($331 million) mapping its aquifers by March 2017 as groundwater depletion in the world’s second-most populated nation continues at unsustainably high rates. The country is collecting aquifer data at six sites across five states, junior water minister Sanwarlal Jat said. At least 85 percent of India’s villages and half of its cities rely on wells for water. Farming accounts for about 90 percent of the water withdrawals in India as irrigated acreage has almost tripled since 1950. Estimates by India’s Central Groundwater Board showed the country has 1,071 “over-exploited areas” with 217 and 697 more areas deemed critical and semi-critical respectively, Water Minister Uma Bharti told the lower house. Withdrawals are predicted to increase 50 percent by 2025 in developing countries and 18 percent in developed countries as populations grow and to cope with industrial and agricultural demand. (Bloomberg)

Report: suggests smart city technologies on the cusp of a major breakthrough

A new report by WSP concludes it is possible to turn London into an “all-electric” city by 2035, switching to electric forms of transport and heating in a way that would cut the capital’s carbon emissions by 80 per cent and reduce air pollution by over a third. The report recommends the introduction of specific policies to drive the rollout of electric clean technologies, including standards to ensure all new houses and offices are built to use electric heating from 2018, a city-wide programme to replace old boilers with heat pumps, and the introduction of a London-wide electric vehicle hire scheme and ultra-low-emission zone. The report comes as a number of flagship smart city projects took significant steps forward this week. In Canada, the Ontario government has announced a new Smart Grid fund, while the EU’s GrowSmarter project announced that it expects to see 1,500 jobs created through plans to make Stockholm, Cologne and Barcelona “lighthouse cities” for smart technologies. (Business Green)