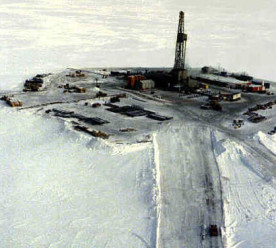 A coalition of leading British businesses, including Marks & Spencer, Boots, and Kingfisher, have signed a commitment to help tackle deforestation by pledging to use only 100 percent sustainable timber and wood products by 2020. The campaign, launched by WWF, is battling to close legal loopholes in the European Union Timber Regulation that mean less than half of timber products imported into Europe are proven to come from legal sources. Under the terms of the deal, each company must now ensure all wood is legally and sustainably sourced by 2020. “The businesses signing up… are taking action to ensure a future for our forests, it’s time for the government to make good on its promises to do the same”, said Julia Young, manager of the WWF Global Forest and Trade Network. Though not legally binding, the declaration also calls for the restoration of more than 350 million hectares of forests and croplands. (Blue and Green Tomorrow)

As part of their Sustainable Living Plan, Unilever has commitment to help 25 million people gain improved access to toilets by 2020. This target will be delivered by the company’s toilet cleaning brand, Domestos, and the Unilever Foundation, by scaling up existing partnership programs. Also working with UNICEF, the partnership is helping to change sanitation behaviours and empower communities to become free of open defecation. Unilever says its partnership with UNICEF has already reached over one million people with sanitation behaviour-change interventions. Jean-Laurent Ingles, SVP for Household Care at Unilever, calls the commitment the natural next step for Domestos. “Our commitment is about more than Corporate Social Responsibility. It’s about establishing a clear and sustainable link between tackling sanitation and our business ambitions”. Of the UN Millennium Development Goals, the sanitation target is the most off-track. Unilever say that too many interventions have failed because they have not taken human psychology and behaviour into account. (Sustainable Brands)

Heineken has taken its sustainability strategy to the next level by becoming the first major brewer in the UK to implement a large-scale solar panel installation on the roof of one of its flagship production sites in North Yorkshire. John Smith’s Brewery in Tadcaster is set to power up over 4,000 solar panels that cover its huge corrugated iron roof, generating more than 876MWh of electricity each year, which will be used to power the brewery’s bottling and canning departments. “Investments such as this demonstrate to our customers that this is something we are really committed to, rather than just paying lip service to sustainability”, said Heineken’s Head of Public Affairs and Corporate Responsibility, David Paterson. The commitment to renewable energy forms a key part of Heineken’s sustainability programme, Brewing a Better Future, which sets the target of reducing emission in production by 40 percent worldwide by 2020. (Edie)

Investors should be concerned that oil giant Shell is seeking increased regulatory flexibility for drilling in the Arctic, according to responsible investment charity ShareAction. When drilling, regulators force companies to have equipment on hand to combat accidents such as a blown-out well, which could have devastating effects on the Arctic’s fragile ecosystem. However, leaked documents show Shell has had meetings with the Obama administration in which the company has called for greater flexibility. The oil firm has argued that a standby rig to drill a relief well would cost $250 million a year, “with no demonstrated environmental benefit”. Shell proposes alternative technologies to cap any blowout and drill a relief well at a later date. However, ShareAction argues that investors need to scrutinise the risks for Shell in seeking regulatory flexibility at this early stage. “Investors should support calls for the introduction and enforcement of stringent regulation”, said Louse Rouse, ShareAction’s director of engagement. She added that investors should “press oil companies to demonstrate a commitment and ability to comply with such regulation rather than lobby for light-touch measures and waivers of requirements”. (Blue and Green Tomorrow)

Chemical giant Ineos has been accused of taking a “bribes and bulldozers” approach to fracking after unveiling a multi-billion pound plan to compensate landowners and local communities affected by its plans to use the controversial drilling technique. The company is promising to hand more than 6 percent of future shale gas revenues to those sitting on the reserves or affected by their extraction, in an effort to replicate incentives in the US where shale gas has created scores of new millionaires. Environmental campaign group Greenpeace, who oppose development of the controversial new energy source, have condemned Ineos’ incentive. “The industry forgets people have legitimate concerns about fracking that won’t be easily assuaged by cash sweeteners”, said Simon Clydesdale, UK energy campaigner at Greenpeace. Commenting on the opposition, Tom Crotty, a director at Ineos, said: “We are damned if we do and damned if we don’t. We are either greedy capitalists or we offer bribes”. (Guardian)