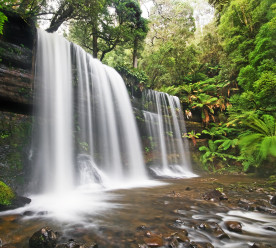 Bangladesh’s central bank has asked the private banks to send detailed information on their corporate social responsibility activities to check any misuse of funds and produce comprehensive guidelines on CSR spending. The move comes after questions were raised about the legitimacy of the beneficiaries of some funds. One finding suggests a private bank spent a considerable sum in the name of CSR to get membership to an upscale club. Meanwhile, the government’s newly-founded anti-militant taskforce has alleged that militant funding may be taking place under the guise of CSR. The central bank in the first week of this month sent a letter to all commercial banks asking them to forward all information regarding their CSR spending this year. Four state-owned banks – Janata, Agrani, Rupali and Bangladesh Development Bank – have been given a temporary ban on all CSR expenditure. (The Daily Star)

In a bid to raise Tasmania’s profile as one of the leading eco-tourism capitals in the world, the Tourism Industry Council Tasmania has launched a certification programme for about 700 tourism operators in Australia. The Tasmanian Environmental Leaders Programme, launched in partnership with global environmental management and certifications firm EC3 Global, will assist tourism operators to measure and track their environmental and social performance against global standards. The programme will provide entry-level sustainability measurement tools for tourism operators to evaluate and find ways to improve their economic, environmental and social impact, particularly on operational efficiency, waste reduction and the protection of Tasmania’s natural parks and heritage. EC3 emphasised that with the recognition that operators receive for their sustainability efforts, they also avoid the risk of being accused with greenwashing, or making false claims about their sustainability performance and credentials. (Eco-Business)

Unilever has announced that it pledges to find a solution to the farming industry practice whereby millions of male chicks are killed annually, because they are not productive for laying eggs or producing meat. The company has committed to funding research which seeks alternatives, such as technologies that allow egg hatcheries to determine the gender of embryos before they mature into chicks. As part of its goal to source 100 percent of its agricultural raw materials sustainably by 2020, Unilever also has a target to use 100 percent cage-free eggs, and aims to work with stakeholders to make the farming industry more humane. “We are arranging meetings with animal-welfare experts, egg industry organisations, suppliers and other stakeholders to develop a multi-stakeholder dialogue and tangible steps to address this important issue and explore alternative options,” Unilever said. (Triple Pundit)

Nevada Governor Brian Sandoval signed a package of bills last week to provide $1.3 billion in tax breaks and other incentives for Tesla Motors, putting a bow on the deal for the electric car company to build a massive factory in the state. During the signing ceremony, Sandoval declared that “Nevada has announced to the world – not to the country, but to the world – that we are ready to lead”. The factory is key to Nevada’s efforts to revitalise its economy, which was hard-hit by the mortgage meltdown and the Great Recession, and has yet to fully recover. Another provision will require at least half of all workers hired by Tesla to be Nevada residents. The governor’s office estimates the 5 million-square-foot factory will create an immediate 3,000 construction jobs, 6,500 factory jobs and 16,000 indirect jobs once completed. Diarmuid O’Connell, Tesla vice president of business development, said the factory is crucial to the company’s mission of mass-producing affordable electric cars within three years. “We’re looking forward to getting going”, he added. (Reuters)