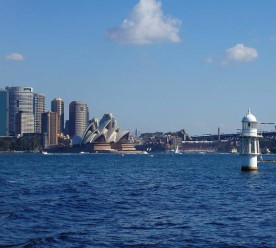 H&M has teamed up with Swedfund, a Swedish company that offers expertise and financial support to emerging markets within Africa, Asia, Latin America and Eastern Europe, in a rare collaboration to try to develop a more ethical Ethiopian textile industry. The main goal of the coupled effort is to promote both high social and environmental standards in an industry which is characteristically plagued with a poor ethical standing. As the main investor, Swedfund, which highlights its main goal as “poverty reduction through sustainable business,” will provide local market expertise and invest in the development of H&M’s textile suppliers. H&M, the world’s second-largest clothing retailer, will provide expertise on the workings of the textile industry, as well as purchase from suppliers through Swedfund’s investment. “Through this unique partnership with H&M, our goal is to contribute to developing the textile industry in Ethiopia, thus creating jobs with good working conditions that lift people out of poverty, especially women”, said Anna Ryott, CEO of Swedfund. (Sustainable Brands)

The largest chemical company in the world, BASF, is close to concluding a three-year review of its product sustainability. Product applications that fail to meet economic, social and environmental criteria will be put on an improvement plan or discontinued. Furthermore, any potential acquisition targets will be examined for sustainability as part of the selection process. Commenting on the move, Dirk Voeste, head of sustainability strategy at BASF, said: “It’s about our long-term business success but also offering better products for our customers for their long-term business success”. So far, BASF has completed the sustainability assessment for 80 percent of product applications. The assessment has defined 22 percent of these as ‘making a substantial contribution to sustainability’, with a further 73 percent meeting standard market requirements. BASF hopes to come up with solutions for the 5 percent that have been found to be unsustainable. “There is quite a lot of pressure from some markets on those topics, but there is also a unique chance to differentiate and grow because of these kind of challenges”, Voeste added. (Bloomberg)

Three-quarters of Britons are less likely to buy from a business that damages the environment, according to a recent poll. Carried out by the Cabinet Office and Social Enterprise UK, the poll surveyed 2,070 British adults and revealed a significant public appetite for socially responsible businesses. More than a third of respondents said they feel ‘ashamed’ when buying from companies they feel are socially irresponsible. Furthermore, 53 percent said companies should be legally obliged to report on their social and environmental performance. However, demand for socially responsible business appears to outstrip supply, with 40 percent of respondents saying there aren’t enough of these types of firms throughout the country. The research forms part of the UK’s first Social Saturday, which takes place on 13 September with an aim to raise awareness of social enterprises across the UK. Social Enterprise UK’s chief executive, Peter Holbrook, said: “The UK’s social enterprise sector is growing fast because consumers care about how their spending decisions affect the world they live in”. (Edie)

Designers and engineers from Arup, have partnered with Sydney Water to produce a study to address challenges to secure and sustainable water supply into the future. Looking at issues including population growth, increasing water scarcity and budget pressures, the study maps out what major cities in Australia and globally could look like in 25 years under a range of scenarios. As well as outlining key scenarios, The Future of Urban Water: Scenarios for Urban Water Utilities in 2040 also highlights 100 key social, economic, environmental, political and technology trends, including smart infrastructure, the ageing population, new technologies, the circular economy and climate change. Daniel Lambert, Arup’s Australasia water leader, said the joint planning study was one of the most imaginative, forward-looking projects of its type, and could help Australian water utilities transform their operating models. One suggestion is for more investment into green infrastructure which “offers the possibility to turn waterways into parks and to provide natural capital and amenities to citizens”, said Lambert. (Eco-Business)

Using Google for a month will result in carbon emissions equivalent to driving a car one mile, according to the latest carbon footprint update from the company. But emissions of around eight grams of CO2 per active user per day could be set to fall further, after the IT giant revealed its carbon intensity dropped last year and executives announced it is to invest in a new solar farm in California. Google is to provide a $145 million equity commitment to the 82MW Regulus solar project, which is being developed by SunEdison on a former oil and gas field in Kern County. The company predicts that when completed the project will generate enough clean power for around 10,000 homes. The deal represents Google’s 17th renewable energy investment since 2010 and provides further evidence of its commitment to the clean energy sector. “We’re continually looking for newer, bigger and better projects that help us create a clean energy future”, the company said. (Business Green)