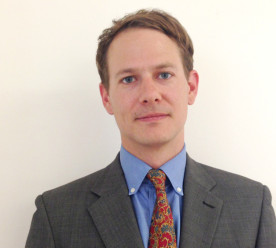 Jonathan Birdwell says that employee volunteering schemes are good for business – but must be accompanied by a radical culture change.

Employers are increasingly looking for ways to align their CSR objectives with their financial bottom lines. In a recent Demos report, Scouting for Skills, we argue that employer-volunteering schemes could be the ‘triple-win’ answer.

According to Government figures, just under half of Britons (44%) volunteer through an organisation or group at least once a year, and about one in three (29%) do so on a regular basis, at least once a month. These figures put Britain towards the top of international league tables of volunteering: for example, only 25% of Americans volunteer once a year and 36% of Australians do so. But there is still need for significant improvement. For example, there are over 30,000 young people in the UK who are currently on the waiting list for the Scouts because of a lack of adult volunteers.

Many employers already offer volunteering schemes. Some do so through a sense of social responsibility, but there’s also a strong business case to be made. One survey found that almost two out of three employees felt that volunteering made them perform their job better. Two-thirds (66%) saw a noticeable improvement in their communication skills, while 45% saw improvements in their negotiating skills, 43% in team-working and 41% in leadership skills. They also tend to be happier employees. Barclays found that the more times an employee had volunteered, the more likely they were to report an increase in job satisfaction.

It’s no surprise then that volunteering schemes are common, particularly among large multinational companies. However, more can be done to strengthen the schemes on offer, and also to encourage other employers – particularly small and medium-sized businesses – to take part. While 70% of FTSE 100 companies have some kind of employee volunteer programme, the figure drops substantially to 20% of medium-sized businesses, and just 14% of small businesses. For starters, businesses can save on the costs of running such schemes by considering them as part of employee training and personal development.

British businesses currently spend around £40bn a year on training, roughly equivalent to the government’s annual spending on schools, with individual leadership training courses costing an average of over £2,500 per person. The average cost per year of training a manager is £1,337, which is approximately three times the cost of a well-run volunteering scheme (estimated by Corporate Citizenship to be about £380 per employee per year). The best run schemes tend to involve broker organisations that specialise in matching employee skills with the needs of voluntary sector organisations or volunteering opportunities. Taking this one step further, broker organisations could help to accredit the skills that volunteers gain so that they are recognisable to employers. For example, adult volunteers for the Scouts can receive accreditation from the Institute of Leadership and Management.

Recognising and accrediting the skills that volunteers gain would be one step towards embedding volunteering into the culture of work. Volunteering schemes will never be transformative in driving up volunteering rates unless they are accompanied by a more radical culture change within employment, which sees participation in such schemes as integral to our concept of what it means to be a good employee.

While many employees will already be motivated to take part in well-run schemes, volunteering should be incorporated into 360-degree management reviews and decisions about promotions and pay rises. This would be less about pressuring employees to volunteer and more about embedding certain expectations about what makes a good employee.

The Step Up to Serve campaign, which aims to double the number of young people taking part in social action by 2020, could provide the perfect context to drive forward a sea change in employer-supported volunteering schemes. But first, businesses need to recognise that employer-supported volunteering could offer a ‘triple win’: providing employees a fulfilling experience that helps them build skills, offering more young people the opportunity to take part in programmes like Scouts (which depend on volunteers), and benefiting businesses by providing them with more motivated and skilled employees.

Jonathan Birdwell is Head of Citizenship and Political Participation at Demos, and co-author of the Scouting for Skills report.