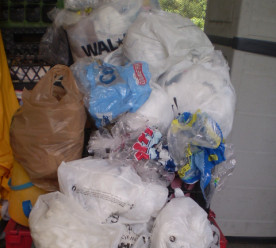 Widespread anxiety arose last summer regarding junior bankers after a 21 year old intern working at Bank of America died from an epileptic fit following a series of late nights working. As a result, Bank of America has chosen to expand its junior employee intake numbers by 40%, in an attempt to reduce the work load of junior bankers and to improve general working conditions. The move is seen as a sign of shifting corporate cultures on Wall Street. Christian Meissner, the bank’s head of global corporate and investment banking said that “our increased hiring reflects our desire to invest in our people in light of our growing activity levels and the need to provide more support to our junior bankers to have a better experience.”  This change has also come in light of fears that ambitious graduates are losing interest in finance, instead choosing instead to work for big technology companies with more flexible hours and guaranteed future wealth. (New York Times)

Germany’s competition watchdog, The Federal Cartel Authority (FCA), has dished out fines totalling €338m to 21 food manufacturers for fixing the price of sausages for decades. The alleged collusion includes the country’s biggest sausage producer, Zur-Mühlen-Gruppe, which denies the allegations and has said it will contest the fine. The FCA investigations followed an anonymous tip off and have led to fines for not just the companies involved but for 33 of the individuals liable as well. The news follows recent price fixing scandals in Germany. Three of Germany’s largest sugar producers received a €280m fine and 11 breweries, including Carlsberg, were fined €338m, for price fixing, earlier in 2014. The FCA president, Andreas Mund, stated, “The overall amount of fines seems high at first glance but has to be seen in perspective in view of the large number of companies involved, the duration of the cartel, and the billions in turnover achieved in this market.” (The Guardian)

The International Scientific Committee (ISC) declared that the Pacific Bluefin Tuna breeding stock have decreased by 96% in comparison to its unfished population and 90% of fish caught are too young to have reproduced. Pablo Guerrero, Eastern Pacific Ocean Tuna Coordinator for WWF’s Smart Fishing Initiative, warned that drastic measures are needed to allow tuna fish stocks to recover. While addressing the Inter American Tropical Tuna Commission, he said that “only a 50 percent reduction of catches and stringent measures to protect juveniles can ensure a long-term sustainability of this fishery.” WWF have issued advice on how to support sustainable fishing, such as reducing the use of entangling materials that capture sea turtles and sharks by accident. The small Pacific island-nation of Palau announced in March that it will create a 230,000 mile marine reserve to allow tuna stock to replenish, with many neighbouring islands acting similarly to strive towards more sustainable fisheries. (Sustainable Brands)

Plastic bag use continues to rise

The Waste and Resources Action Programme (WRAP) released data today demonstrating that UK supermarket customers are using more single-use plastic bags than in the year before, in spite of initiatives to reduce their usage. Overall, the number of bags issued by supermarkets in the UK was 8.8 billion in comparison to 8.5 billion the year before. There was also a 4.8% increase in the amount of new polymer being used rather than recycled polymer, indicating a decrease in the amount of plastic bags being recycled. Northern Ireland has had a 71% decrease in plastic bag use due to the introduction of the 5p plastic bag charge. However, England and Scotland have experienced increases in plastic bag use of up to 7%. Scotland’s Environment Secretary Richard Lochhead stated that “the carrier bag charge being introduced this year is absolutely the right course of action,” in order to combat this growing issue. (Resource)

KPMG and Imperial College London have launched a £20m partnership to put the UK at the forefront of business data science. The partnership has five focus areas that are intended to give UK businesses a competitive edge in solving complex issues: analysis of business capital, growth opportunities, people, operations and resilience. The first initiative of the partnership is to set up a Global Data Observatory that will allow researchers to bring large and complex amounts of data together to spot patterns and gather insights into complex business issues. KMPG estimates that one in five businesses measures the value of their corporate data, so by being better able to harness this data more value should be created for businesses through increases in productivity, growth and innovation. Professor G  ‘Anand’ Anandalingam, Dean of Imperial College Business School, hailed the partnership saying, “The effective use of information and analytics is key to this in order for companies to develop, grow and innovate.” (Imperial College London)