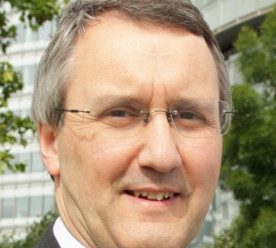 Tax: they said it couldn’t be done

This week Barclays made an announcement that brought a smile to my face… and here’s why.

Regular readers will recall I’ve been banging on about tax as a business responsibility issue for several years.  To begin with the companies I was advising argued they have a fiduciary duty to minimise their tax payments and so maximise shareholder value. I countered by pointing out that in practice most don’t exploit every available loophole. Sometimes they adopt a principled approach such as maintaining the corporate HQ in a high tax jurisdiction for historic reasons. With colleagues we developed the ‘tax map’ to help companies develop a more coherent position, based on some guiding principles and practical policies.

At the same time politicians and campaigning NGOs were stepping up the pressure. Combined with the economic downturn and fiscal squeeze, the question of ‘who pays what?’ became a toxic issue. Hapless executives were called before legislatures and ridiculed when they could not answer simple enquiries about the amounts of tax paid, percentage rates and use of tax havens –  famously dubbed ‘sunny places for shady people’ by Vince Cable.

Leading companies – including SABMiller, Vodafone, Unilever and Centrica to name only a few – set about developing a principled position and published policies and procedures. Many more started talking about their economic impact. But the one thing most would not do was publish data about tax payments at a country level…. too complex, too confusing, not relevant, open to misinterpretation, or just not practical, companies variously argued. The fact that some did manage it – Anglo American springs to mind – seemed to cut no ice.

Then Vodafone – who had become a particular target for campaigners – broke ranks last year and issued data on 25 countries. And now Barclays – a hugely more complex business – has set a new standard for corporate disclosure, with a three page spreadsheet containing data on revenues, employees, taxes and subsidies plus a business description about their 30 main jurisdictions and a summary of the rest. Hence the smile on my face. It can be done after all.

Of course the companies were right when they told me this would provide grist to the campaigners’ mills. Tax Research UK has jumped straight in drawing critical conclusions about Barclays. Action Aid aren’t letting up on their attacks either.

But that’s the whole point. Tax is complex. There are few black and white answers. For example, Barclays’ effective global tax rate is now higher than the UK headline rate. Indeed the UK is positioning itself as a low tax jurisdiction (a haven by any other name?) – a stance the Labour opposition has just pledged to maintain.

The way forward on tax as a responsibility issue is to set some principles, publish the data and get stuck into the debate. Enjoy.