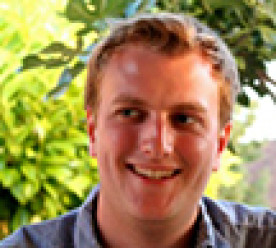 “The first essential component of social justice is adequate food for all mankind.”

So said Norman Borlaug. Borlaug, a biologist and Nobel laureate, has been credited with saving a billion lives. Through selective breeding, he developed a variety of wheat that produced higher yield and more disease-resistant wheat crops. As a result of the crop’s introduction, along with modernised agricultural techniques, Mexico became wheat self-sufficient, whilst India and Pakistan were able to double their wheat yields by the end of the 1960s.

The so-called Green Revolution led to rising productivity across the world, preventing fast-growing global population rates from leading to mass famine. But populations are still growing, and food is beginning to look increasingly scarce again. With UN predictions that the population will reach 9.6 billion by 2050, and growing middle class populations in developing countries, a rise in worldwide consumption is inevitable. The pressure on agricultural land and an increase in extreme weather conditions is unlikely to be reversed. Throw water scarcity and desertification into the mix and the outlook is pretty bleak for food security.

The imperative for cheap, efficiently grown, resilient, sustainable and abundant crops to avoid a Malthusian nightmare could not be clearer. Are GMOs the answer? And if so, why aren’t they being wholeheartedly embraced?

Putting aside the ongoing food labelling debate, knowing where to stand on the complex issue of GMOs is extremely difficult. As consumers, the information we hear is mixed in its messaging, scientific rigour and implications. This lack of clarity makes it a rational decision for a concerned consumer to avoid GMO products where possible.

Critics of GMOs warn of potential cross-contamination with nature, unknown long-term health impacts, and the controversial sales practices of large corporations such as Monsanto, Syngenta and DuPont. Meanwhile, recent coverage in The Economist sums up the arguments in favour of GMOs: Firstly, there is no sign of any ill-effects of GMOs on American health in the last 20 years. Secondly, to meet the world’s food production needs in a sustainable manner will require higher yield crops, less water use and fewer chemicals without increasing deforestation to make way for agricultural land. Finally, the nearly 900 million people suffering from undernourishment can benefit from GMOs produced to contain extra vitamins and minerals, such as Vitamin A-enriched ‘Golden Rice’.

Consumer uncertainty has implications for our supermarkets, food producers and restaurant chains, which are often wary of taking sides. Of the world’s largest supermarkets, Walmart does not have a clear, publicly stated policy whereas Tesco and Carrefour both have commitments to excluding GMOs from their own brand products. Looking at some of the major food producers, the picture becomes no less clear: rather than taking a distinct position, the focus of Unilever, Nestlé, ConAgra and Mondelez is on compliance with local regulations and consumer expectations. P&G does not have a clear publicly available statement. The ubiquitous global fast-food chains of Burger King, Subway and McDonald’s also focus on local compliance rather than giving a clear viewpoint. Coffee giant Starbucks is a rare example of a company publically defending GMOs.

There is a clear link between the general unwillingness of businesses to take a stance on GMOs and consumer uncertainty. Before the New Year, I wrote on whether businesses sufficiently embraced science. With GMOs the problem seems to be more in consumers embracing science, and in businesses, and regulators, properly doing their part to dispel the myths and help reliably inform the public.

There is a role for businesses in changing the conversation around GMOs. Businesses need to be bolder in their positions: if they think GMOs are harmless and reduce the amount their customer pays, they should say so. Consumers should be aware of what is and isn’t in the products they buy, and businesses should make this as easy as possible for them. The biotech firms should do more to assuage the fear that they will irrevocably damage global agricultural systems:  support smallholder farmers, end aggressive and prohibitive business practices, and do more to simplify and improve the understanding around the benefits their products can bring. The seed companies, food producers, supermarkets and restaurant chains need to work together on this, and bring the benefits to the global food system, not just their shareholders.

The reason this is so important to get right is that our food systems really are global, and public perception in one country will have an effect in others. If we in the rich world decide to aggressively reject GMOs then we cut off the investment in R&D that goes into them. This hinders the technology transfer and adoption of GMOs in the countries where their benefits could be most truly felt. If we reject them, then there is also the question of why others should embrace them.

As with many issues the world faces, GMOs needs to be looked at in a more nuanced manner. There is a disconnect between the promised benefits of GMOs and the reality of some current activities in the biotech industry, as well as fears over the shift from smallholder farming to multinational profit-seeking food producers. However, just because the practices of some companies are unpleasant at best, and destructive at worst, does not mean that there shouldn’t be a major role for GMOs to play in feeding the global population. There are many other elements to food security that need fixing, but let’s not ignore this significant part of the solution.

Nick Jackson is a Senior Researcher at Corporate Citizenship.