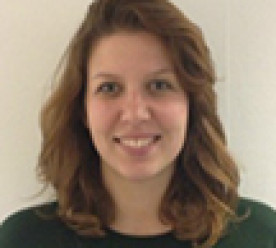 Finance for social and environmental action

Esther Toth explores how some companies are taking radical new approaches to funding their sustainability initiatives.

How do you define business success? In the context of shifting stakeholder expectations, economic and social uncertainty and a resource-depleted environment, this question has started to become a key imperative for some companies. For a sustainable future, companies need to fundamentally re-think processes in their value chain and change the behaviour of people inside and outside the company.

Given the need to develop a business case for any sustainability initiative to get buy-in and funding, many such early stage initiatives focus on quick wins. A proposal for a more efficient lighting system, for example, is a “no-brainer” for most companies. Similarly, an obvious social project that can directly (and quickly) have a positive impact on the lives of local people around a manufacturing site will surely be able to attract philanthropic investment.

But what happens when the number of these straightforward projects starts dwindling? What are the options for financing social and environmental action when the low-hanging fruits are all but gone? More and more businesses have begun to answer this question by finding novel ways of unlocking investment that create value.

For example, the Vodafone Foundation was instrumental in developing and launching the company’s mobile money transfer service in Africa. It serves both as a commercial venture providing basic access to banking services, as well as an innovative tool for addressing local health challenges.

Other mechanisms such as venture philanthropy and social enterprises are also being tried and tested. In the past couple of years there has been a significant buzz around benefit corporations (or their certified version, B Corps) in the US. To qualify as a B Corp, a company must extend its fiduciary responsibility to take into account the interests of workers, the community and the environment as well as its shareholders. Larger companies like Patagonia and Ben & Jerry’s are signing up for B certification. The initiative even has its own ranking, the “Best for the World List”, which recognizes companies that create the most impact for a better world.

Green bonds are part of an asset class called ‘theme’ bonds, designed to address a wide variety of environmental and climate change matters. What is interesting is the speed at which this industry seems to be picking up. In 2013 alone there was $11 billion’s worth of issuance, as much as in all previous years combined. It is no longer only development and multilateral banks that issue these bonds in large volumes. The entrance of corporates into the space could be a potential game changer. In November last year, EDF successfully launched the first ever green bond issued by a large corporate. Last month, Unilever continued this trend by issuing £250 million worth of green bonds, which will be used to fund a number of new factories designed to halve the waste, water usage and greenhouse gas emissions of existing factories.

On the social side, a groundbreaking social impact bond was launched in the UK in 2010 with a $5m investment from the UK Ministry of Justice and the Big Lottery Fund. In 2012, Goldman Sachs Group committed nearly $10 million to an anti-recidivism program for adolescents at a New York prison. The social impact bond model seems to have already taken off, with 14 projects now running in the UK and around 100 proposed worldwide. To give social bonds another boost, the Department for International Development (DFID) in the UK launched their version of social impacts bonds earlier this month: the development impact bond. We are yet to see a private corporation to fully put their weight behind social bonds. However, it was certainly encouraging to see Goldman Sachs creating a social impact investing vehicle and Morgan Stanley setting up an Institute for Sustainable Investment at the end of 2013.

New ways of mobilising resources have started to emerge in the field of sustainability. Looking at some of the novel structures and instruments that can unlock public and private funding for social and environmental action, I believe we are still only at the beginning of this journey. Arguably, the jury is still out on the efficacy and long term impact of these models. However, I am hopeful that the novelty will not discourage innovative companies from pioneering new financing routes for impactful social and environmental projects around the world.

Esther Toth is a Consultant at Corporate Citizenship.