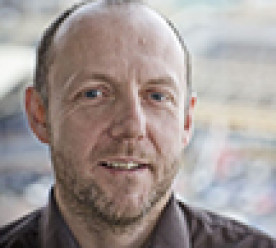 Could the CSR community finally get a grip on the thorny issue of tax avoidance?

2012 was the year that the world woke up to the inequities of corporate tax avoidance, with the tax aggression of Starbucks, Amazon, Microsoft and others forcing the issue on to the front pages. 2013 was the year that governments started to respond (albeit meekly), with the UK‘s pledge to close the tax gap and the G8 nations accepting the need to clamp down on tax avoiders at their summit in June. 2014 will hopefully be the year that consumers became empowered to take action with their wallets – punishing the abusers and rewarding the payers.

The campaign for a more responsible approach to tax took a decisive step forward on 20th February when Midcounties Co-operative, Unity Trust Bank and The Phone Co-op became the first businesses to be accredited by the new Fair Tax Mark, the world’s first independent accreditation scheme to address the issue of responsible tax. As Ben Reid, Chief Executive of Midcounties Co-operative, points out: “Last year we contributed the equivalent of 15% of our profits to charitable causes and it makes no sense for us to undermine this by engaging in aggressive tax avoidance schemes even when to do so would be legal.”

The Mark certifies that a company is making a genuine effort to be open and transparent about its tax affairs and pays the right amount of corporation tax at the right time and in the right place. It has been developed by a team of tax justice campaigners (including tax guru Richard Murphy), a seven strong panel of tax experts and specialists in corporate responsibility and ethical consumerism.

The benefits of tax avoidance being reduced are immense. Current estimates suggest that corporate tax avoidance in the UK is currently running at £12 billion every year, a sum which would fund the training of almost half a million midwives and pay the salaries of half a million teachers for a year. In the developing world the situation is worse still: three times more is lost to tax havens than is received in aid. Oxfam have estimated that the lost tax revenue is enough to eliminate extreme poverty across the globe twice over.

The Mark has secured the backing of some political heavy-hitters. Margaret Hodge MP, Chair of the House of Commons Public Accounts Committee has commented: “I think this is a fantastic idea…. seeing customers vote with their feet is perhaps the most effective deterrent there is to companies engaging in tax avoidance or other irresponsible practices.” Caroline Lucas MP has tabled a cross-party Early Day Motion welcoming the Mark that has already attracted the support of dozens of MPs: “This is great news for consumers, for transparency, and for the principle that everyone should contribute their fair share.” In a significant development, the professional association of chartered accountants, the ICAEW, has come out in favour of the Mark. And Corporate Citizenship deserves recognition for spotting this issue building back in 2011, and their subsequent call to arms just last month in Tax: Time for Action.

Recent polling from the Institute for Business Ethics has found that tax avoidance is now the number one concern of the public when it comes to business conduct. The Fair Tax Mark offers those in the business community who are responsible tax payers the opportunity to differentiate themselves from the avoiders and evaders, and lead the next big development in corporate responsibility.

Paul Monaghan is Director of Up the Ethics, and Corporate Responsibility Specialist at Fair Tax Mark