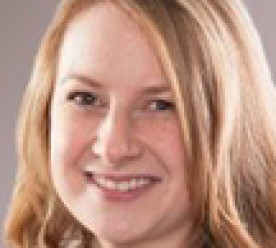 Colleagues resisting your new sustainability strategy? You must be doing something right

Sarah Holloway explains how she learned to embrace internal resistance as a natural part of creating sustainable change.

For many years, working as an in-house sustainability manager, I was angry and frustrated with my job. I would put considerable effort into developing a robust sustainability strategy, engaging my key contacts across the business as early as possible, and helping them understand their role in driving change. But, all too often, I found that things weren’t as going smoothly as I thought they should.

Instead of thanking me for all my hard work, do you know what my ungrateful colleagues did? They fought the change. They didn’t understand why we couldn’t just leave things as they were. Or they did understand, but their department was an exception. Or they had other priorities; could I come back next quarter, when things would have calmed down?  Or they were ready to begin, but couldn’t possibly do so without more information – much more. And finally (my personal favourite), although it looked good on paper, in the real world, Sarah, this was simply not going to work.

Sound familiar? If you’re driving change in a large organisation, you’ll probably have encountered at least some of these scenarios, and may well feel the same way I did about them. I want to tell you the story of how I stopped being angry at everyone around me, and learned to love the excuses.

It started when I learned a new word: resistance. I came across it in Flawless Consulting, a bestselling book by Peter Brock that I’d recommend to all change agents, consultants or otherwise. In it, Brock argues that resistance is an integral part of the change process, “a predictable, natural reaction against the process of being helped and against the process of having to face up to difficult organisational problems.”

I’d assumed that the resistance I was experiencing was because I was doing something wrong – but it turned out to be a sign that I was doing it right. Setting stretching, long-term sustainability goals means leaving some things unplanned. That should be scary and uncomfortable for all concerned, and they’ll react by resisting the change. In short, I realised, if I’m not experiencing some level of resistance, I’m not really changing anything.

Like most breakthroughs, as soon as I’d voiced my new understanding, it sounded pretty obvious. But the difference was that I’d been forgetting the importance of resistance in the thick of my everyday conversations, emails and debates with the people who were championing sustainability across the business, and it was stressing me out.

So what can you do to avoid making the same mistakes I did?

First, change the way you think about resistance. Encountering pushback from your contacts doesn’t necessarily mean you’re doing your job badly. What matters is not how smoothly everything goes, but how you deal with the resistance as it arises. As soon as I realised this, I became a lot less stressed about my job and my relationships with my contacts improved.

Second, learn to spot resistance. Identifying resistance isn’t always easy, because people tend to express their feelings obliquely, especially at work. Instead of saying “I’m scared of the size of the change required”, they’re much more likely to give one of the excuses at the beginning of this article. Spotting resistance takes experience, but with a little practice it will soon become easier.

Finally, get better at dealing with it. Instead of fighting resistance, get through to the real reasons behind it. Peter Brock’s advice is to “state, in a neutral, unpunishing way, the form the resistance is taking”, and wait for a response. For example, when one of my sustainability champions said, “yes, I’ll get that done,” and I knew from experience that he wouldn’t, I changed my approach. Here’s what I said: “You seem willing to do anything I suggest, but we don’t always see the results. I’m happy for you to tell me if there’s too much to deliver in this programme, and we work together to prioritise the actions. I can’t tell how you really feel about this.”

He was a bit surprised at first (talking about feelings wasn’t exactly accepted company culture) but soon explained that he simply didn’t have the capacity to deliver on the sustainability programme alone. Getting through to the real reason for his resistance allowed me to support him in making a business case for a second person working with him – and he became one of the most reliable champions in my network.

Changing your mindset around resistance, learning to identify it and putting in place strategies to deal with it – together these make up the fastest route to a less stressful existence as a sustainability manager. I’ve said this already, but it’s so important that I’m going to repeat it: the real test of your strength as a change manager is not how smoothly things go, but how you respond to resistance. Once you understand that, you can do anything.

Sarah Holloway specialises in supporting sustainability leads in setting up global networks of sustainability champions. Her new book, Networks for Sustainability, contains more guidance on resistance and how to handle it, including suggested responses to common forms of resistance. (If you’d like to purchase the book, use code CCB15 to save 15%.) Follow Sarah on Twitter @sarah_holloway or find her at www.sarahholloway.co.uk.