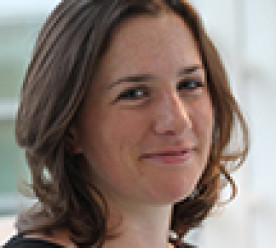 Climate change may trigger the next financial crisis

Jane Burston recounts her recent experiences at the World Economic Forum in Davos, and asks how financial markets can be convinced to join the fight against climate change.

Financial markets have long been the preferred topic of the 2,500 world and business leaders who gather annually at the World Economic Forum in Davos. Over the past few years, there’s been little room for anything else. As one Davos veteran said to me, the atmosphere has been so unsettled that one whisper of a percentage drop in the indexes would be enough to see the helicopters swooping in to speed executives back to the day job.

This year, a semblance of calm had returned. With the immediate crisis receding, different conversations were again possible – social entrepreneurship, sustainability and society were back on the menu alongside the staple diet of financial performance.

But as someone who works with climate scientists on a daily basis, I’m deeply concerned that even in Davos, the environmental movement is still just talking to itself and not to those who have the most power to do something about it. I’m not the only one with this concern. At the end of a day of meetings dedicated to climate change, head of the UN climate body Christiana Figures asked a packed room how many of them had been to multiple meetings that day with the same 20 people. Almost every hand went up.

The fact is that the people who can really influence this issue are still in different rooms, still talking only about financial markets, and still of the opinion that the warming world is someone else’s problem.

If we and they don’t do something soon, though, it will become their problem: based on what I heard in Davos, climate change has all of the right ingredients to trigger the next financial crisis.

The first of these ingredients is the issue of stranded assets. The Carbon Tracker Initiative has calculated that if we are to give ourselves a reasonable chance of limiting global warming to 2 degrees, only 20% of the oil and gas reserves currently held by major companies can be burned unabated. In such a world, HSBC suggests that the share prices of such companies could be reduced by 40-60%.

Sure, that amount of money, while it would cause significant pain to pension holders across the world, isn’t of the same order as the mortgage products which triggered the crash. But it’s far from the only financial impact climate change will create.

Speaking in Davos, UK economist Lord Stern, famous for quantifying the implications of delayed action on climate change, said that the damages from climate change in scientific and economic modelling have been grossly underestimated.

More and more issues with huge potential financial impacts were raised: increased and volatile food prices, the need to adapt infrastructure, and…  I could go on.

I’m not going to try to predict exactly how all this could wend together to trigger another financial crisis. But it’s clear that complex and interconnected factors with a cumulative major financial impact are present – just as was the case with the near collapse of the financial system just a few years ago. And on the evidence of Davos, it’s equally clear that the people who hold the purse strings aren’t looking at the problem – again.

One heavy-hitter from the financial sector, in a private session, spoke to this directly. In his view, the proper response of government to the financial crisis was to act hard and early; the biggest mistake in a crisis, he said, is to be too tentative. When challenged as to whether the same principle should apply to the climate crisis, his reply was that it was not for him to say – tackling climate change was not in his job description.

As the financial crisis unravelled, a group of senior economists wrote to the Queen to explain why they had not seen it coming. Within a few years they’ll need to be getting their pens out again. But if the financiers can come to see it too, they could be the heroes who prevent it. They are the ones who are qualified to understand this threat as a whole, not just to see and measure the specific parts.

If they do not, they will soon find themselves once again the villains who have to find a way to clear up the mess. And this time, that will be a great deal harder – if not impossible. It is one thing to recapitalise an economy. It is quite another to recapitalise a planet.

For those of us in the environment movement, our task must be to do more to make the financiers see it in terms they can understand. Because that high-profile financier was wrong. Tackling climate change is in his job description. We just need to stop talking to ourselves and make him see it.

Jane Burston is an environmentalist, entrepreneur, World Economic Forum Young Global Leader and head of the Centre for Carbon Measurement at the National Physical Laboratory.

This article was previously published in the Huffington Post.