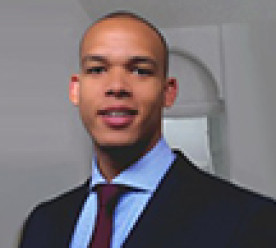 Posted in: Corporate Reputation, Speaking Out

Thomas Milburn argues that corporate values are too often superficial abstractions, yet have the power to close the gap between rhetoric and reality.

“Culture” and “values” have always felt a little intangible in the business world – hard to measure and therefore hard to manage. In the wake of recent scandals, such as the manipulation of LIBOR by global banks, corporate values statements seem even more like spouted abstractions. Yet, we will all have heard somewhere that businesses are built on trust and integrity.

In an era of increased transparency and stakeholder scrutiny, more and more CEOs are re-focusing on values to rebuild trust and encourage the right behaviours. However, organisations are complex systems. In most cases, corporate cultures will have been evolving for years, if not decades, and are not easily changed. Such cultural inertia is in part due to cultures having multiple layers and influences, not easily addressed through a short communication or engagement campaign.

Think of an organisation’s culture as having two basic layers. On the surface there is the explicit formal layer. A company articulates its values, aspirations, policies and so on, which set the expectations of how the business will behave. Addressing this layer in isolation is a little bit like repainting the body of a broken car without fixing or changing any of the parts which actually make the vehicle move.

Underneath the surface layer are the informal structures, a set of norms and assumptions that form due to various influences, pressures and realities of day to day business. These implicit aspects may not be apparent from looking at the company website or during a job interview. However, they play an important role in influencing how people actually behave, make decisions and ultimately perform.

Firms looking to foster values-led cultures that spawn more ethical behaviours will fall short of this aim unless they go beyond merely defining and communicating their values. So how can companies avoid creating a gulf between what they say that they stand for and how business actually gets done?

Cultural change takes time and should be understood as a strategic, rather than a tactical, priority for the business. Leadership right from the board or highest governing body is vital. The senior management team needs to consistently set the tone in a company and be role models for the behaviours the business wishes to inspire. Moreover, leaders need to connect their vision for the company to the values and articulate why these two things are not mutually exclusive. However, corporate values cannot simply be fabricated in the boardroom to be cascaded down through the organisation. It is imperative to engage colleagues at all levels in the company. Middle managers, who interact with employees on a daily basis, need to be on board as they play an important role in shaping behaviour within the business. Providing managers the coaching, support and tools to communicate and engage colleagues around the company values, and deal with ethical dilemmas as they arise, will help to address the fundamental realities on the ground.

Cynicism is potentially the largest threat to positive change. Being seen to preach one thing, while acting unethically or tolerating unethical behaviour in others, risks creating a cynical and disengaged workforce.

Similarly, companies must be aligned in both what their values communicate and the way in which internal systems and procedures support their integration. For example, performance management systems that fail to recognise where employees are acting responsibly, or implicitly reward unethical behaviour, are more likely to encourage employees to act amorally in order to achieve the outcomes expected of them.

Ultimately, companies should aim to enable people to take responsibility for their own behaviour. Whilst rules and procedures play an important role in setting a baseline, their ability to govern behaviour has its limits. Values help guide people’s behaviour and decision making where rules are vague or inadequate.

The embedding of values is easier said than done, particularly for large companies spread across regions and cultures. Simultaneously creating both a high-performing and ethical culture takes time, and companies must be ready to go the distance if they want to live up to what they say they stand for.

Thomas Milburn is a Consultant at Corporate Citizenship.