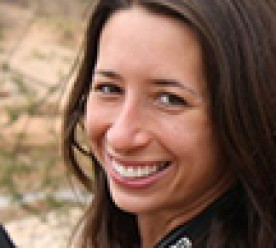 Missing the wood for the trees? How to make supply chains sustainable

This month the Roundtable on Sustainable Palm Oil (RSPO) met for its 11th annual meeting in North Sumatra, Indonesia; the biggest producing country of the world’s most popular vegetable oil.  The month also saw the launch of a new Google forest map in a study led by Matt Hansen, University of Maryland, which reveals that Indonesia lost 15.8 million hectares between 2000 and 2012, the highest percentage rate of forest loss of the top five forest countries during this time.  98 percent of this forest loss occurred in dense forest areas in Sumatra and Kalimantan, where the expansion of oil palm plantations has been prolific over the last twenty years. In response to rising demand, many of the major oil palm industry players are now rushing to expand into new frontiers such as Central and West Africa, and concern surrounding detrimental social and environmental impacts is already being reported.

Transparency has become quite the buzz word at the RSPO and in other sustainability and business forums at the moment.  I was asked this month in a palm oil webinar for the Responsible Business Forum what we mean by transparency and how it can help safeguard environmental values.  From our perspective, company transparency would be the standardised availability of basic, meaningful information on environmental data and environmental performance.

To use an example, one of the Resolutions put forward to the RSPO General Assembly by the Zoological Society of London (ZSL), other NGOs and oil palm grower companies, was for transparency in plantation concession boundaries.  To support the case, the Resolution referenced the smog-causing fires in Sumatra earlier this year in which RSPO-member oil palm companies were implicated as being responsible. The RSPO and implicated members were unable to verify or deny these claims in a timely manner because maps of the members’ concessions against which to compare fire hotspot data were unavailable.  Much of the damage to the companies, the RSPO and the oil palm sector as a whole could have been avoided had this seemingly basic data been available.  Although the Resolution was adopted, the proof is in the delivery and the fact remains that the RSPO – whilst being arguably the biggest current effort to create a sustainable palm oil industry – is still a voluntary standard which is dependent on member implementation and government support to achieve real impact.

Without reliable information on environmental performance, the buyers and financers within the oil palm industry are facing tremendous risk.  A report released this month by the Environmental Investigation Agency (EIA), entitled Banking on Extinction, claims that despite adopting policies to keep it from financing deforestation, the high street banking giant HSBC is effectively “bankrolling the destruction of rainforests” by providing loans to oil palm growers with poor environmental performance.  According to the report, HSBC relied too heavily on the RSPO as an indicator of third-party compliance, and that the RSPO currently lacks credible mechanisms to ensure its members protect High Conservation Value (HCV) forests.

However, this can be tackled, for example by ensuring that companies are supported in fully attaining the RSPO as well as other standards of good practice, and that accurate and more detailed environmental performance data is reported to aid investors and buyers in the decision-making process.  The Zoological Society of London has recently embarked on a project to do just this. Working with UK-based investors and members of the United Nations Principles for Responsible Investment, we are identifying gaps in the environmental performance evidence base for those working in Environmental, Social and Governance (ESG) assessment as well as working to make this information publically available.

We have found by experience and through talking to others that corporate-level indices can be relatively straightforward to compile, although the fact still remains that there is no uniform industry approach to reporting basic information on sustainability performance, despite the efforts of the Global Reporting Initiative (GRI) and others to standardise an approach.  What we really lack, are meaningful, standardised site-level indicators which, after all, are the true verifiers of environmental performance.  Integrating these within company reporting mechanisms, as championed by initiatives such as the Aviva-led Corporate Sustainability Reporting Coalition, would take us to a level of transparency that would allow companies to take a far more meaningful approach to environmental safeguards through their supply chains.  Adoption of this more broadly by industry and endorsement by governments would magnify the impact by levelling the playing field and raising the bar for all in the supply chain – but let’s take this one step at a time.

Elizabeth Clarke is Business and Biodiversity Programme Manager at the Zoological Society of London (ZSL).