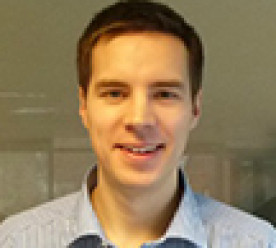 Posted in: Analysis/Comment, Speaking Out

UK leading businesses, the Mayor of London and local authorities have collaborated to launch a ‘High Street Fund’ to aid small businesses affected by the disturbances across the country. The fund was launched with an initial commitment of over £3 million and support services from businesses including Barclays, BP, Capita, Deloitte and RBS and £500,000 from the Mayor of London. The fund will be used to provide emergency financial assistance to small businesses that have been affected by the disturbances across the UK. Business owners must explain what has happened to their business, how it has happened and how the fund will help them recover in order to qualify for funding. It is hoped that other leading companies and individuals will also donate to the fund.

Interest and fee-free loans of up to £25,000 will be offered for up to six months by RBS and NatWest to small business customers directly impacted by the riots. It is hoped these interest and fee-free loans will give viable businesses a chance to recover by creating immediate financial support for those waiting on government or insurance payments. Businesses will either be able to repay the loan at the end of the six months or transfer any outstanding amounts to another of RBS’s loan products. Chris Sullivan, Chief Executive of RBS and NatWest Corporate Division said:
“We want to do everything we can for businesses affected by the riots…. I hope that other banks will also be able to help small businesses recover, our high streets are vital for local communities and the economic recovery.”

Following the riots across the UK, the Law Society established a dedicated telephone helpline to direct riot victims to free legal advice. The service was launched in collaboration with LawWorks and many individual law firms and is being funded by the generosity of law firms, the Law Society and the Bar Council. Commenting on the helpline, the Law Society President, John Wotton, said ‘I have been hugely impressed by the response of solicitors so far who are demonstrating yet again their commitment to a just and stable society and urge others to join the movement. This helpline demonstrates the legal profession’s shared commitment to justice and social responsibility. We have acted quickly to provide practical help to those who are the victims of lawlessness.’

Asda, BT, Dairy Crest, Fujitsu and Greggs are among the first companies committing to increase business connectivity in areas of greatest need by unlocking private sector resource to tackle issues around enterprise, employability and education. Ten companies in total are working with Business in the Community to launch the concept in 20 locations, many of which were affected by the recent civil unrest. The initiative will see 20 members of staff from each participating company seconded to work with community and voluntary organisations in these areas. With support from Fujitsu, BITC has also created ‘BITCConnect’, a new social networking site supporting Business Connectors. The site will create a new national movement in the UK of individuals and groups working at local level matching local need to resources and offers of support.

Goodwill messages to be preserved by Debenhams

Debenhams has announced that the boards used to cover smashed windows following rioting in Clapham will be preserved as a national treasure. The boards are covered in hundreds of goodwill messages written in the aftermath of the London riots. Debenhams believes they should be preserved as a reminder of how local communities felt as a result of the violence and to show the scale of contributions to the clean-up efforts following the consecutive nights of violence. It believes the words on the boards make them a valuable piece of history, reminding everyone how local people felt, and that the violence and destruction was the product of a tiny minority. Debenhams are conserving the boards until they can find a prominent location for them to be displayed and viewed by the local public.

Social media will work with government over criminality

Following the evidence that social media sites and messaging services were used to coordinate criminality during the civil unrest across the UK in August, the Home Secretary met with representatives from various social media companies in order to discuss how to further cooperation with law enforcement agencies. Representatives from Facebook, Twitter and Blackberry were among those at the meeting which focused on how these companies could corporate with the police during situations where the services were being sued for criminal behaviour. The meeting was said to be constructive.

Ericsson and Singapore Telecommunications have formed a partnership to provide emergency communications services that will support disaster relief efforts in South and South East Asia. Ericsson Response, a volunteer initiative, will establish mobile communications to support humanitarian agencies in carrying out natural disaster relief and emergency response efforts. SingTel will provide satellite services from all countries where its mobile associates operate and these associates will also provide local resources to assist relief efforts carried out by Ericsson Response. This will allow for faster deployment of emergency communications services in the event of disaster. This initiative is already active in countries including Haiti, Tanzania, Iran and Kosovo. The partnership supports the SingTel Group’s corporate social responsibility regional disaster relief efforts, which include community rebuilding support and communication support for relief workers.

Since its launch in April 2011, more than 500 UK-registered charities have joined MyDonate, the new free online charitable fundraising service from BT. The service guarantees that 100% of all monies donated go direct to the charity, with the exception of charges levied by the donor’s own credit or debit card company. Charities that have signed up include Citizens Advice, Save the Children and Scope. BT is encouraging thousands of other UK registered charities to sign up over the next year. A recent MyDonate survey showed that nearly 60% of people want their entire online donation to go direct to charity, and that two of the top reasons people donated to a particular charity were influenced by how much money actually went to good causes and what it was spent on.

The Coca-Cola Foundation is awarding $6 million in grants to forty-four community organisations around the world. The grants will support community initiatives aimed at improving education, fitness, and nutrition programs, community recycling and access to clean water. The recent donations are in addition to $38 million that has already been awarded to 123 organisations. Ingrid Saunders Jones, Senior Vice President, Global Community Connections for The Coca-Cola Company, and Chairperson of The Coca-Cola Foundation sad “We continue to support local initiatives around the world that are important to our consumers in their own communities. We believe our investment in these 44 community organisations will help people worldwide build stronger, healthier and sustainable communities.”
Contact: The Coca-Cola Company
www.thecoca-colacompany.com

The Coca-Cola Foundation has committed to donate $1.4 million which will go towards the hunger relief efforts in the Horn of Africa. The money will be spent on food, water, sanitation and health services in the affected countries. More than $1 million of the grant is being directly donated to the American Red Cross. The funds will be administered by the Kenya Red Cross, Ethiopia Red Cross and Somalia Red Crescent for immediate trucking of water to affected areas and providing impacted communities with basic food and critical medicine with a special focus on children.